Twelve-year-old Arthur Ney hides outside the Warsaw ghetto walls as the ghetto uprising begins in the spring of 1943, then flees to the countryside with false papers that identify him as a Polish Christian. Returning to Warsaw months later, he must face the realization that his family is gone. He spends the rest of the war in a Catholic orphanage, struggling with loneliness, guilt, fear and indecision about living under a false identity. When the Warsaw Uprising – codenamed W Hour – begins on August 1, 1944, Arthur Ney joins the barricades and fights for liberation. 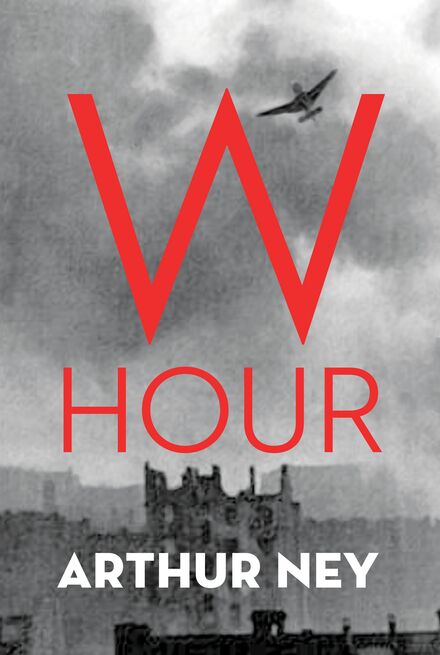 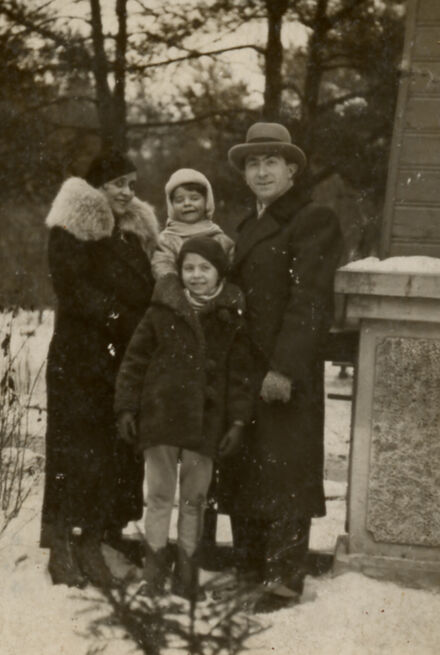 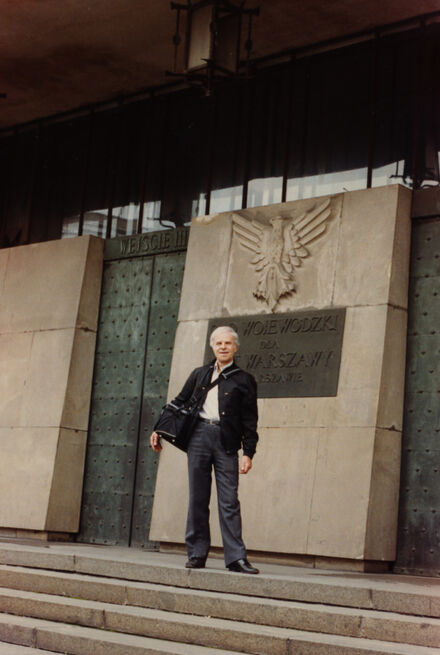 Summer was fast approaching, and along with it, the powerful Soviet army. Air raids were now a daily occurrence. The sirens began as soon as the German air defence detected planes over Warsaw, followed by the powerful German anti-aircraft searchlights crisscrossing the sky. Shortly after that we heard the roar of planes and saw the brightly coloured bullets of the anti-aircraft guns mingling with the beams of the searchlights; the scene was spectacular. We began a new game of gambling on the fate of each plane and on the number of hits the gunners would score, but the Soviet planes heading for Berlin flew too high.

After witnessing a few of these air raids, my excitement took the form of a constantly gurgling stomach. My emotional state was fed by rumours, predictions, speculations and some limited facts about what was going on around us. The wilder rumours included stories that the Americans were going to drop thousands of paratroopers into the middle of Warsaw; that the Soviet army was already on the other side of the Vistula River, preparing to coordinate their ground attack with the American paratrooper drop; and that the partisans were planning to come into Warsaw from the forests and seize the bridges to facilitate the Soviet troops’ entry into the city. This last piece of gossip turned out to be based on an actual agreement between the Polish underground and the Soviet army.

August 1, 1944 was filled with excitement and confusion. Father Stefanowski asked me to walk to a certain address to pick up hosts for communion, and I was thrilled to be able to see for myself what was going on in the streets. I saw groups of young men and women, as well as some older adults, standing near walls that had been recently plastered with posters of different sizes. After ensuring that there were no German soldiers or Gestapo agents around, I stopped to read one that called on the Polish people to rise up, to join one of the resistance groups fighting for the liberation of Warsaw and Poland. The poster proclaimed that the “holy war” was only a few hours away. Other posters stated that the Soviet army and Polish contingents would be crossing the Vistula to join the uprising.

Highly excited and fighting tears of joy, I saw numerous young men with guns hanging from their shoulders under open jackets. Many of them wore red and white armbands embossed with the initials of a political party. They didn’t have uniforms, but to me they looked like the best dressed and equipped soldiers I had ever seen. They looked at their watches every few minutes, which confirmed to me that the uprising would, as some of the posters had promised, start at 4:00 p.m. that day.

When I arrived at my destination, I checked the posters again to see how much time I had left, and I ran back through streets that were now empty of normal traffic. The usual German foot patrols were conspicuously absent. Open troop carriers raced through the streets, sirens screaming, filled with heavily armed German soldiers. Huge machine guns, with chains of bullets hanging from their loading sides, were mounted on the front and back of these trucks.

News of the uprising was already public knowledge at the institution. We were told to get ready for 4:00 p.m., now only a few hours away. As one of the oldest boys I had few friends close to my age, but we all started talking about what to do. It quickly became obvious that we each had a different plan and in the end only one other boy and I wanted to join the army. I was thrilled at the prospect of fighting for liberation and revenge, but what I couldn’t discuss with anyone was that my first priority after the uprising  —  which I assumed would succeed  —  would be to find out what had happened to my family. For now, I couldn’t give up my false identity.

My would-be comrade-in-arms and I agreed that we would wait for the first signs of engaged battle before telling Pan Kapusta of our plans and asking for his permission to leave. The meeting with him in the courtyard went the way we had hoped  —  he congratulated us on our bravery in Poland’s hour of need. He suggested that we prepare everything that night and leave the following morning. For the moment, we joined the rest of the students and adult personnel outside on the street. Our ears were bombarded by the constant sound of small-arms and machine-gun fire. Some boys were sure that the small-arms fire came from underground fighters and that the heavier machine guns were still in German hands. As I scanned the street and the buildings, I was touched by the sight of many different sizes of Polish flags suspended from windows, balconies and gates, all fluttering in the breeze.

The most compelling sight on that unforgettable first day, however, was a platoon of resistance fighters coming toward us. The onlookers broke into jubilant cheers. To us, these heroes were angels come to deliver us from the depths of hell. They were without doubt a motley crew — at no time during the uprising did I see units of more than one political party marching together under one commander. The only thing they had in common was the look in their eyes, burning with the desire for revenge. 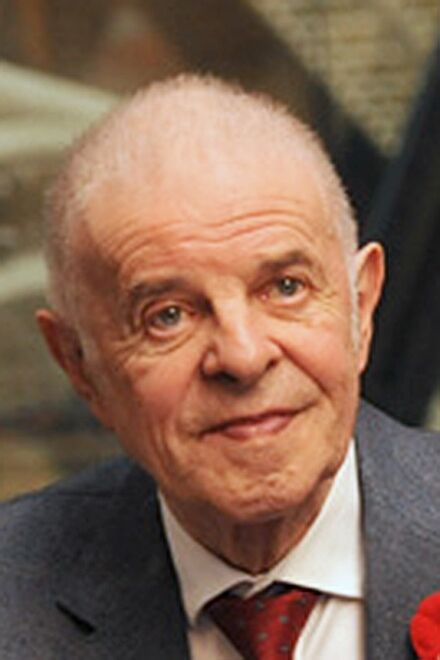 Arthur Ney was born in Warsaw, Poland, in 1930. He came to Canada in 1948 and settled in Montreal, where he married Susan and raised a son. Arthur persevered in finding employment, eventually becoming self-employed selling furniture. After Susan’s death, he married Kathleen and had a second son. Arthur was dedicated to Holocaust education and frequently spoke to students about his wartime experiences. Arthur Ney passed away in 2016.

Two close calls in one day were enough for me. I realized that the uprising was not like the games I played with Józek before the war. This was a very real battle, in which people were being killed and wounded.