Under the Yellow & Red Stars is a remarkable story of survival, coming of age and homecoming after years as a stranger in a strange land. Alex Levin was only ten years old when he ran deep into the forest after the Germans invaded his hometown of Rokitno. He emerged from hiding eighteen months later to find that he had neither parents nor a community to return to. A harrowing tale of escape, endurance and exceptional emotional resilience, Levin’s story also draws us into his later life as an officer and eventual outcast in the USSR and as an immigrant who successfully builds a new life in Canada. This poetically written memoir is imbued with loss and pain, but also with the optimistic spirit of a boy determined to survive against all odds. 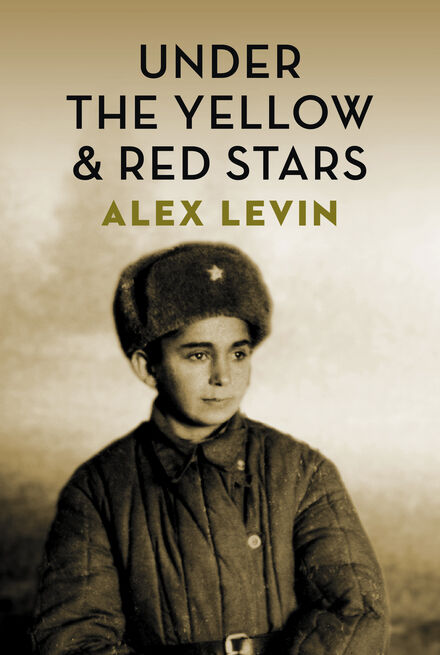 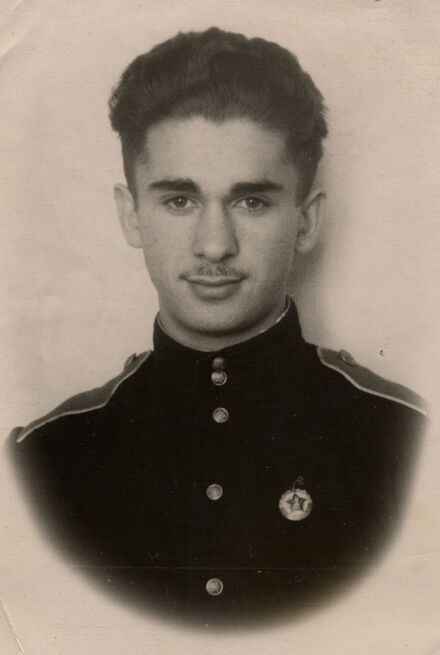 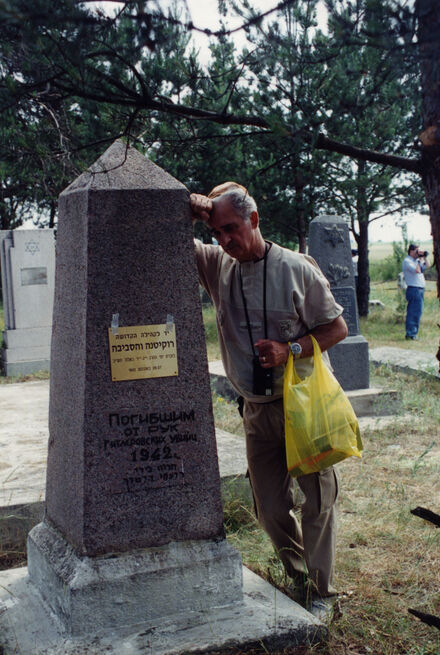 These horrors came to a deadly resolution on August 26, 1942. On that day the whole Jewish population of Rokitno was ordered into the market square. No one was exempt now, including infants, the gravely ill and the elderly. Those who couldn’t walk were carried to the square on stretchers. Some people carried others on their backs. German soldiers and German and Ukrainian police surrounded the square. They began by separating children, women, men and the elderly. The situation developed into fear and disorder. Soon, deafening screams and moans filled the square. People panicked. Children were clinging to their mothers. Everyone was trying to defend the old and the sick.

All of a sudden, a sharp scream pierced the air: “Jews, they’re going to kill us all now.” It was Mindl Eisenberg, a big, tall, brave woman nicknamed “The Cossack” who saw the police squadron arrive from behind the train station and alerted the crowd. Anguished, people began to run for their lives. Men ran to find their wives and children. Everyone was trying to escape. Only bullets could stop them. The guards fired at the crowd and dozens of people were killed instantly, covering the square with blood. In this hell, my seventeen-year-old brother, Samuel, found me, grabbed me by the arm and we started running….

That was the last time we saw our mother, our father and our five-year-old brother, Moishe. We found out later that our father had been captured with other survivors of the shooting in the market square and taken to the Sarny area, approximately forty kilometres from Rokitno. Just outside of Sarny, in the ravines by the brick factory, he was shot along with some 18,000 other Jews who met horrifying deaths in that awful place. Witness accounts of the massacre say that the ground, covered with hundreds of bodies, was moving for days because people had been buried alive.

We never found out exactly what happened to our mother and our youngest brother.

My brother and I ran away from the market square to the house of the German officer who had promised to save Samuel. We broke into the house through the back window, but unhappily encountered the Polish chef. Without hesitation, my brother took my hand and we ran out the door into the backyard and then through the yard toward the woods. We crawled underneath the rail cars that had, I know now, been prepared for transporting Jews to the Sarny area and escaped into the forest. We ran as fast as we could and kept on running. 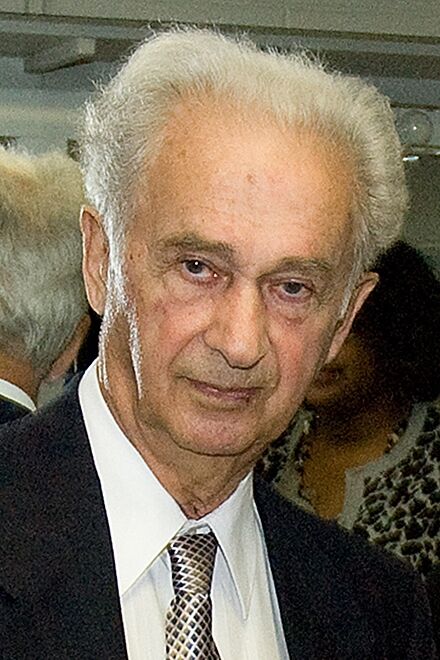 Alex Levin was born in 1932 in Rokitno, Poland (now Ukraine). After the war, he was sent to the USSR and enrolled in cadet school, remaining in the Soviet army until forced out for being Jewish. Alex came to Canada in 1975 and settled in Toronto, where he spoke to many students about his experiences in the Holocaust. Alex Levin passed away in 2016.

I feel my brother’s hand, trembling but strong, grab onto mine. I hear his words, urging me to run, take hold of my body and move my legs. We run, his hand holding mine … to me it feels like freedom.