Ten-year-old Steve Rotschild learns to hide, to be silent, to be still – and to wait. He knows the sound of the Nazis’ army boots and knows to hold his breath until their footsteps recede. Rotschild takes us on a captivating journey through his wartime childhood in Vilna, eloquently juxtaposing his past, furtive walks outside the ghetto with his long, liberating walks through Toronto fifty years after the war. Vividly evoking his experiences, this story of survival and a mother’s tenacious love leaves the reader indelibly marked by Traces of What Was. 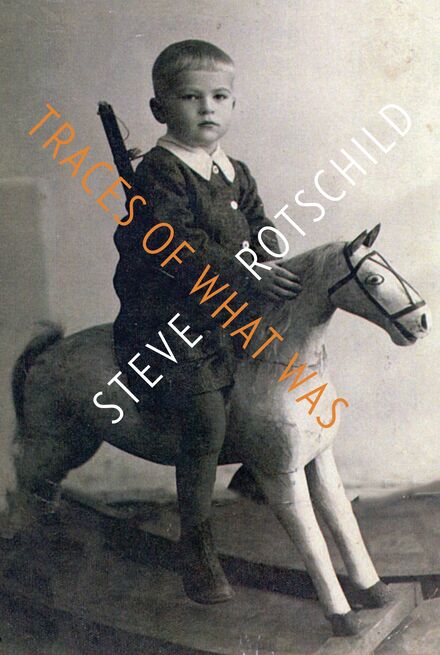 Children’s Aktion and the Liquidation

It was at the end of March 1944, on a cool, bright and sunny day, the beginning of spring, the time of renewal of life, that the SS came to take the children. The survivors of the camp know it by its German name, Die Kinderaktion. It sounds so benevolent, like kindergarten or a children’s game, but on that sunny day they came to take the children to be killed. Why? Because they were of no use to the German war effort. The children had to be fed but produced nothing. There was little warning, but word spread like wildfire and mothers and fathers began searching for places to hide their children. Mother knew someone who had built a hiding place and so we ran there, but they had no place for us.

We could hear the commotion from downstairs – the Nazis were searching everywhere. What to do? Where to hide? We were standing in the corridor as people ran by us, with Mother holding Monik tightly in her arms, Miriam clinging to Fruma’s skirt. I told Mother and Fruma about the hiding place in the attic and we ran to the stairwell and up the stairs. There were people there, some rushing up, some down.

At the next landing was a little boy. I knew him. I don’t remember his name but he was about my age, but smaller. He was an artist. He made magic with a pencil and paper, producing amazing drawings of people, objects and landscapes. He mostly kept to himself, did not run with our gang and did not know about our hiding place. I asked him to come with us, but he just stood there in the corner of the landing, frozen. I had to keep moving. Once more I called to him from the top of the stairs, but he remained where he was, staring at me with his large, dark eyes.

Up in the attic some people with children were already hidden behind the beam. Mother, Miriam, Monik and I quickly crawled in and pushed the cut-out log back in place; Fruma remained outside to make sure it was even with the rest of the beam, then left. We crawled as far back as we could, all the way to where the slanting roof met the floor, and waited in silence. For a long time it was very quiet and then we heard the sound of heavy footsteps coming up the stairs, then the sound of someone in the attic, walking slowly, coming closer. Mother held my little brother tightly. No one moved. I held my breath. Would the soldier see the cut in the beam? He didn’t, and soon he was gone. For a long while we lay still and listened but no one else came to the attic. Slowly and quietly, we began moving from our cramped positions. I was able to look through the narrow space between the roof and the floor. I could see the gate and the area around it, a truck covered in dark green canvas inside the gate and a man in uniform standing at the back of the truck, facing a woman with a kerchief on her head who held a young child in her arms.

The soldier took hold of the child but the woman wouldn’t let go; she made as if to go in the truck with her child, but the man shoved her hard and wrenched the child from her and put the child in the back of the truck. That’s what I saw; that’s what I remember.

How many Jewish children did they take to be destroyed, their worth unknown? The boy on the landing might have been a great painter. But I never saw him again. 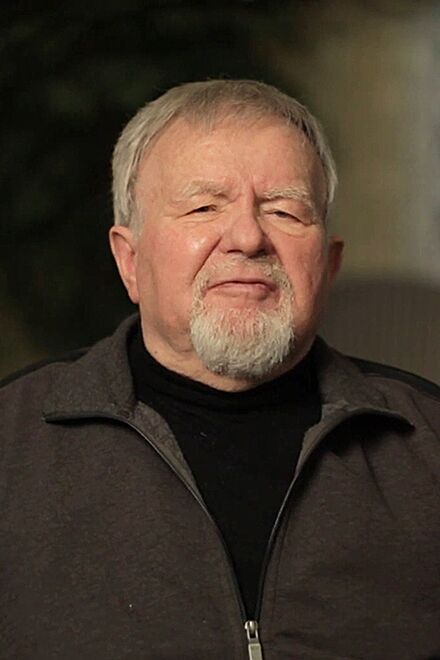 Steve Rotschild was born in Vilna, Lithuania, in 1933. After the war, his mother remarried, and their new family immigrated to Israel. In 1956, Steve married Lillian in Montreal, where their two daughters were born. After moving to Phoenix, Arizona, for a few years, they made Toronto their final home. Steve wrote several short stories and painted wilderness scenes throughout his lifetime. He also enjoyed fishing in Algonquin Park, using lures that he crafted himself. Steve Rotschild passed away in 2020.

It was at the end of March 1944, on a cool, bright and sunny day, the beginning of spring, the time of renewal of life, that the SS came to take the children.