Almost forty years after the end of the war, Claire Baum opens a package from a stranger in Rotterdam, unleashing a flood of repressed memories from her childhood. As Claire delves into her past, she uncovers the personal sacrifice and bravery of her parents, the Dutch resistance and the families that selflessly gave shelter to her and her sister, Ollie. The Hidden Package portrays Claire’s years spent in hiding and pays tribute to all those who played a part in saving her life and ensuring a future for the next generations of her family.

At a Glance
The Netherlands
Hidden child
Wartime letters and drawings
Arrived in Canada in 1951
Educational materials available: Hidden Children 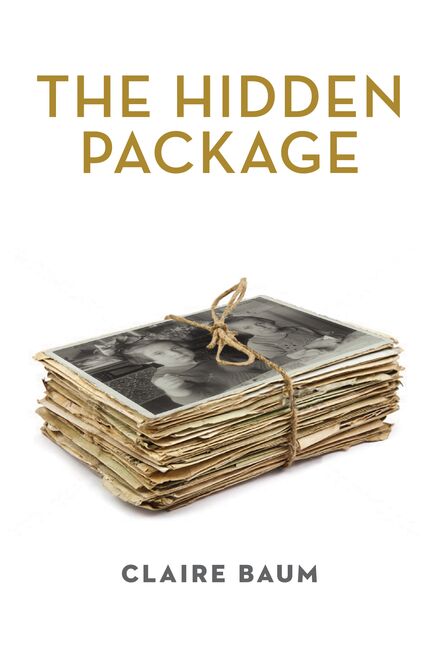 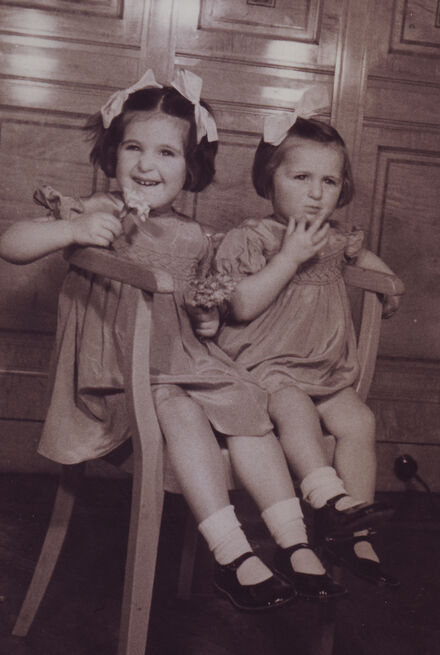 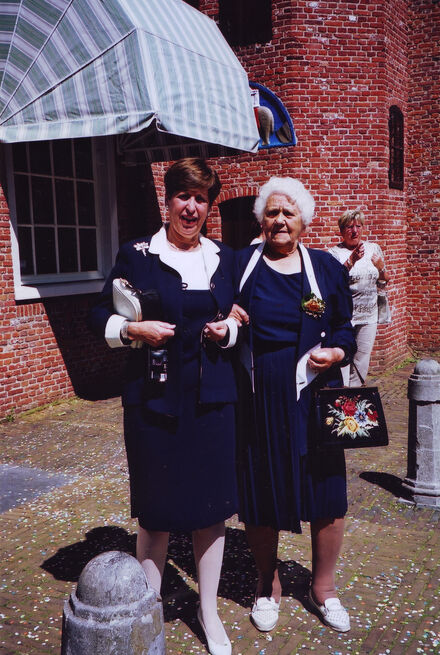 Before I went to bed, Mam and Pap told me that Ollie and I were to go away with someone named Pauw the next day. They wanted to wait until the morning to mention it to Ollie. I asked who Pauw was, as I hadn’t met him, but I didn’t question why we would be going away. I understood that Mam and Pap must have had a very good reason. I thought about what they had said to each other in the afternoon, even though I was not supposed to be listening.

Ever since the outbreak of the war, the Germans had installed rockets in the park next to our house. These rockets were fired from various locations in Europe and, in Holland, from Rotterdam. At night, when the rockets were sent, the noise was deafening. Lying in bed, I couldn’t help hearing that horrible screeching sound. I had been getting somewhat used to it, however, that particular night, they sounded louder than ever. I plugged my ears, but it didn’t help. Every time they flew over our house it was scary enough, but I was even more worried as to what I was going to face the next day. How was I going to tell Ollie that we had to leave Mam and Pap?

Every morning, Mam and Pap would wake us up at 7:00 a.m. On that particular morning in October, their greeting seemed different. They appeared nervous while we had our breakfast, and they were whispering to each other. When we finished eating, they asked us to listen very carefully. Then they told us that we, Ollie and me, were going away for a little while. Although it wasn’t a surprise to me, I was still afraid because I didn’t know where, and for how long, we would be gone.

My sister, being two years younger than me, thought that she was going on a holiday with Mam and Pap. She packed her little suitcase and was excited to go away. Ollie didn’t understand that our parents were sending the two of us away without them. I, however, understood very well that we were not going on a holiday.

Before we left, we were given strict instructions never to talk to strangers. We were to act as nieces of our new family and we would be brought up as Christians. We were to tell anyone who asked that Mam was in the hospital and that Pap was working in Germany. It was a very believable alibi, a fabrication we would be forced to tell in order to survive. No one was ever to know that we were Jewish.

A little later, a stranger whom we were told to call Oom Pauw came to pick us up. I still didn’t ask our parents why we had to go; I knew we had to. We both kissed Mam and Pap goodbye and went with Oom Pauw, the Resistance worker, to the train station in Rotterdam where we boarded a train. Our destination was Soestduinen, less than a hundred kilometres away but, to me, far away from Rotterdam, our home.

I can still remember how Oom Pauw lifted us up into the train because the step was much too high. I also recall that we had to transfer and I believe it was in Amersfoort where we waited inside the station for our connection. Meanwhile, Oom Pauw gave us something to eat. While we were eating our sandwiches, through the window we saw soldiers marching up and down the platform. Oom Pauw didn’t want to draw attention to us and he told us not to be afraid and not to look at anyone, just to pay attention to our food.

We didn’t know where exactly Oom Pauw was taking us but after an hour’s train ride we arrived at our new home in Soestduinen, “the sand dunes of Soest.” This little village on the coast of the North Sea was located near the queen’s summer palace in Soest. Her palace either stood empty or was occupied by the Nazis when our queen was forced to leave Holland in 1940 at the outbreak of the war. We were far away from Rotterdam, far away from Mam and Pap.

Claire Baum was born in Rotterdam, the Netherlands, in 1936. She and her sister were liberated by the Canadian Army on May 5, 1945. She arrived in Canada with her family in 1951 and married Seymour Baum in 1956. Together they raised three children and built a very successful business. Claire has been a Holocaust educator since 1984, speaking predominantly to younger students about her experience during the war and her appreciation for living in Canada, the land of her liberators. Claire lives in Toronto.

When I opened the parcel, I was confronted with the past, memories long forgotten. The letters and drawings described happy as well as sad moments while Ollie and I were in hiding and separated from Mam and Pap. This package was our diary from 1942 to 1945.