Tenuous Threads/One of the Lucky Ones

Two Jewish girls born six months apart — Judit Grünfeld (Judy Abrams) in Hungary and Eva Felsenburg (Marx) in Czechoslovakia — are only children when they are thrown into the turmoil and terror of World War II. At seven, Judy’s mother leaves her at a convent where she must adopt a new Christian identity. Eva is first sent away at two, then again at six, in disguise and tearful. Separated from their parents, forced to “pass” as Christian children, coping with dangers they barely understand, these evocative and lyrical memoirs describe childhoods irrevocably marked by the Holocaust. Tenuous Threads and One of the Lucky Ones tell us the parallel but unique stories of two children who were able to survive when so many others perished. 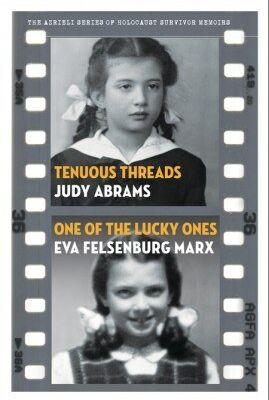 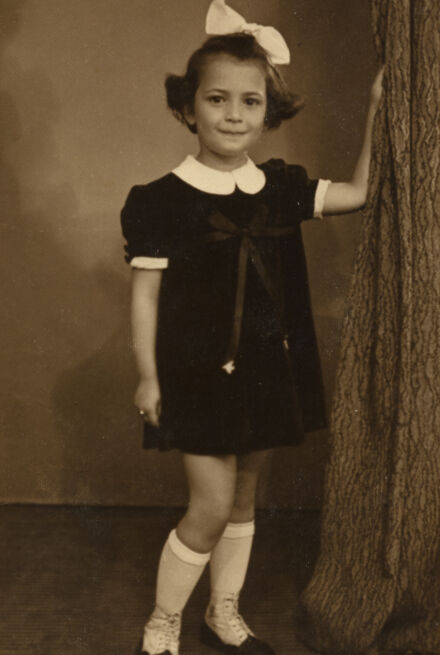 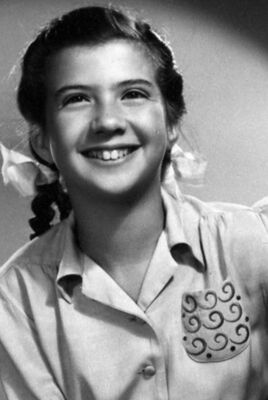 My father was actively involved with the Hungarian Zionist Organization and, unlike other Hungarian Jews, he did not lull himself into a false sense of security, trusting that the “civilized” Germans and Hungarians would never harm the Jews. He believed the unbelievable stories of persecution told by the refugees from Nazi-occupied countries; he believed even the inconceivable accounts of concentration camps that the few escaped inmates had brought with them. That spring my father had managed to procure false documents for me. Were those documents copied or forged? In any case, they were my entry into the Christian Hungarian community. With the help of Mária Babar, a devout Catholic who had previously worked for our family, it was arranged for me to hide with the Ursuline nuns.

My mother had made a courageous and painful decision by taking this walk with me under the festive wild chestnuts toward the convent of the Ursuline nuns on Stefánia Street near the Városliget, the city park where I had played with my nanny only a few months before. My mother rang the outer bell on the gate of the tall, black iron railing that surrounded the convent. Behind it was a garden, where I seem to remember yellow dandelions dotting the shaggy grass that looked as though it badly needed a trim. When I recently managed to contact the Hungarian Ursuline nuns, they sent me the photograph of the convent building as it was in Budapest in 1944. My memory of the iron grill railing was accurate.

On the day my mother and I arrived at the Ursuline Mother House a strange woman in a black floor-length gown opened the gate. Only a patch of her face was visible under the stiff white band across her forehead to which a starched white bib-like collar was attached. There was no glimpse of hair under the black silk veil flowing from the band to below her shoulders and secured by a pin at the top of her head. 10 tenuous threads

It was the first time I had ever seen a nun this close up. My stomach seemed to constrict around a pebble I hadn’t swallowed. This is a feeling I remember distinctly, a sensation that returns whenever I confront an unavoidable crisis. She must have smiled as her hands escaped from the full sleeves of her ample dress to reach for mine because when I followed her along the path toward the yellow stucco two-storey villa, that pebble in my middle began to dissolve.

Surely my mother waved as she turned from the gate that closed behind me. We would not see each other again for more than a year. How did she say goodbye? She may have said something that ended in pipikém (my little chicken), her favourite endearment for me in Hungarian. I only remember feeling strangely relieved as she released me to follow on my own behind my new companion. From this black-clad woman’s waist swung a string of large beads ending in a cross that bounced at every lively step. When she opened the front door she had addressed me for the first time by my new name, “Ilona,” or its diminutive, “Ili.” Nobody would call me “Judit” or “Jutka” or “Juditka” for almost a year. The game now began in earnest. I was to become Ilona Papp, a Catholic child temporarily separated from her parents in the Hungarian countryside. 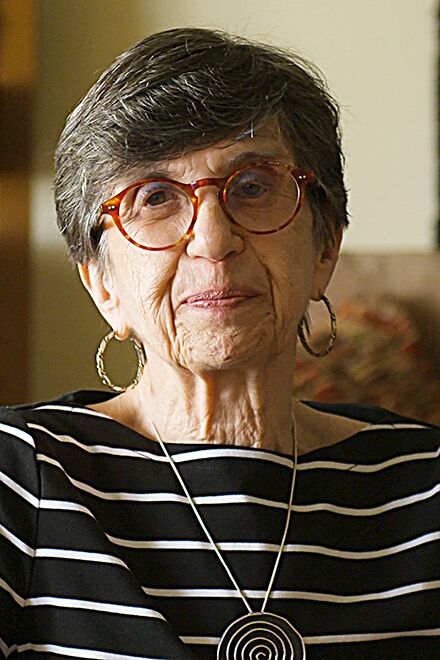 Judy Abrams, born in Budapest, Hungary, on April 28, 1937, immigrated to Montreal in 1949 and later taught French at the UN International School in New York City. Judy and her husband live in Montreal. 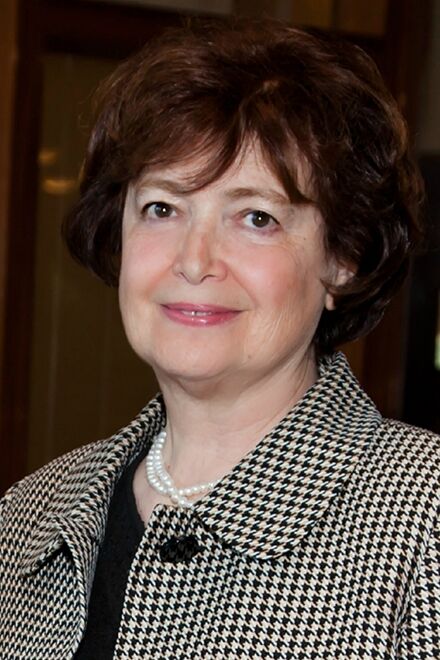 Eva Marx was born in Brno, Czechoslovakia (now Czech Republic), on October 21, 1937. She immigrated to Montreal in 1949, where she became an elementary school teacher. Eva Marx lives in Montreal.

I had always liked to play make-believe, but somehow they made me understand that this game was real. I never gave away my secret.