In the summer of 1944, eighteen-year-old Leslie Fazekas and his family are deported from their hometown of Debrecen, Hungary, to Vienna, Austria, as forced labourers. Fate and fortune have intervened to save their lives — after the war, they discover that nearly half of their Jewish community was sent to Auschwitz. During the devastating circumstances of his captivity, Leslie records his experiences in a diary and in letters to his girlfriend, Judit, from whom he was separated in Vienna. For eight months, Leslie’s words alternate between hope and uncertainty in love letters that are also a testimony of his survival during a perilous time. In Dreams Together features Leslie’s diary alongside his postwar memoir, a reflection on his childhood, the war and the love that shaped his life.

Introduction and annotations by László Csősz 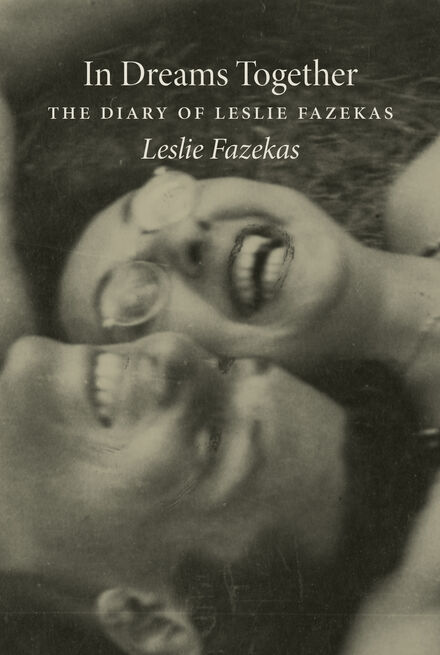 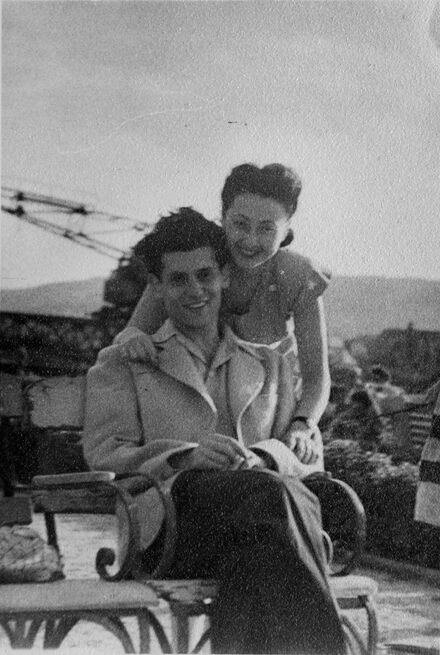 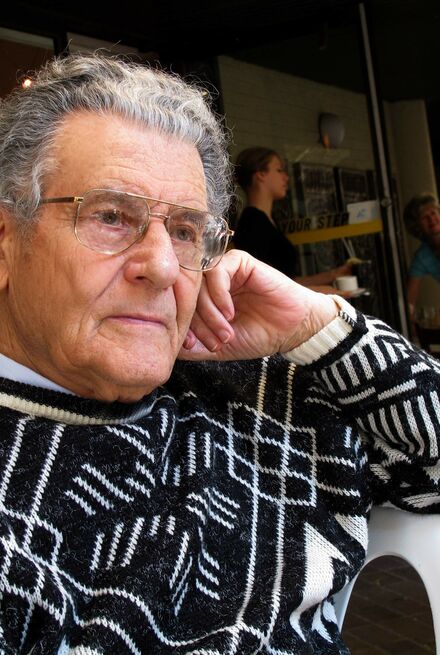 Excerpt from the diary of Leslie Fazekas

Leslie’s diary entries are all addressed to his girlfriend Judit, whom he has been separated from since July 1, 1944, after they were deported from Debrecen, Hungary, and sent to different forced labour camps in Vienna, Austria. Leslie’s diary entries and letters to Judit span from August 1944 to April 1945. Translation from Hungarian by Péter Balikó Lengyel.

If my keeping a diary has been reduced to writing on special days only (and each Sunday is special, in that it was on this day of the week that we last saw each other) today I shouldn’t be doing anything other than writing and writing and writing. And this day is at once another important anniversary: It was precisely one year ago, on December 31, 1943, that our paths first crossed. So it has been one year since we have lived our lives joined together, if separated in space. Ultimately it would not matter if that preordained first tryst had happened a day sooner or later. As it happens, we have just closed the chapter on one year — mine so productive and successful in terms of all the new knowledge I absorbed. Now we embark on our second year, amid profoundly changed circumstances.

It must have been around this time of the day that the doorbell of the apartment under Vörösmarty [street] 14 rang. It was Judit showing up for our date; we had agreed to go out to the woods to take some pictures. She had an exercise class at 11:00 and I wanted to do my skating later in the morning, so I picked up my skates and camera, and we took the tram to the woods [the Nagyerdő, Great Forest park]. We got off at the Vigadó and started roaming around. We walked to the small hill by the pond, where I took pictures on the footbridge and of the two of us sitting on a bench with our arms around each other. It was past 10:30 when we decided we couldn’t put off leaving a minute longer. You said you were very cold. I wasn’t, so I unbuttoned by overcoat and told you to huddle up to me. We held each other tight there among the freezing woods. Our lips were close, and we kissed. I felt a dizziness come over me. Then a policeman strolled by, and we fluttered apart. You caught your tram at the university, I jumped on the tram step after you, and we quickly agreed to go see a movie together in a few days… I was musing over that kiss, the very first kiss of my life, which would engender a string of hundreds and hundreds of more kisses to come. I had never kissed before because I knew, and kept telling myself, that kissing a woman was a serious choice for me. I will become engaged to the woman I kiss. Therefore, my dear Judit, what we performed that day was nothing less than an act of engagement. That is why I remember that day as faithfully as I do.

I never saw you a second time that day, as you spent New Year’s Eve in Laci’s company, but you and I were together in our thoughts the whole time. At least, you were on my mind all night long. So this was the story of that memorable day, the day of our engagement, as we bade farewell to a fine year and stepped into a sad new one. Interestingly, every New Year’s Eve I would ask myself the same question that seemed so obvious to ask: Are we all going to live to see the next year, together in good health and spirits, as in the old year? That night, however, I had no doubt that nothing could come between us, that the road ahead of us would be an easy one. And today? It sends shivers down my spine just to think of the next New Year’s Eve and the year that lies ahead. Is it possible it will find me reduced to decaying bones? In the past, I would wish for the next New Year’s Eve to find us together as before, a company celebrating in good spirits. Now I wish only that it simply finds us alive, if separated. But what the new year will bring this time I dare not even think about. We have so little agency in controlling our own destiny that it is futile to make advance calculations. Although the direction our life is to take is out of our hands, I am certain that the new year will bring many changes. On New Year’s Eve I have the habit of glancing back at the past year. Such a glance would fill one hundred pages this time, and I do not have that much paper to write on. So here is a shorthand version. January 3: a day to remember; Judit leaves her mark on every month. February: my last good month, full of fun, the baths, and a lot of study. March 19: our German allies march in. April: ecstatic swoon of love with Judit. May 1 to June 2: Good times in Haláp, with Peti, Tomi, Horo [Horovitz] and Janka.¹  June 2, the bombing of Debrecen. To June 16: clearing rubble from the ghetto.²  June 16 to 28: the brickyard. Never been so resourceful before, inspired by Judit. Helping each other a lot. Then the cattle car, an unconscious spell with Judit beside me. July 1: Strasshof, the first air raid, the day we are separated. July 2: The Vienna hub. We are assigned to Saurer’s here. I have been working the night shift since July 10. Going hungry much of the time at first, and longing for Judit. By now we have gotten used to this life; Judit is with me forever. And now here is this New Year’s Eve, a holiday I am going to distinguish from other days by simply sleeping through the night.

¹ Out of this group of young men, only Leslie and “Horo” (Gábor Horovitz) survived the Holocaust. “Janka” refers to Leslie’s classmate András Frank (1925–1944). Regarding the fates of Peti and Tomi, see the memoir.
² The ghetto inmates were taken to clear rubble in the bombed sections of the city, not in the ghetto, which was not bombed. 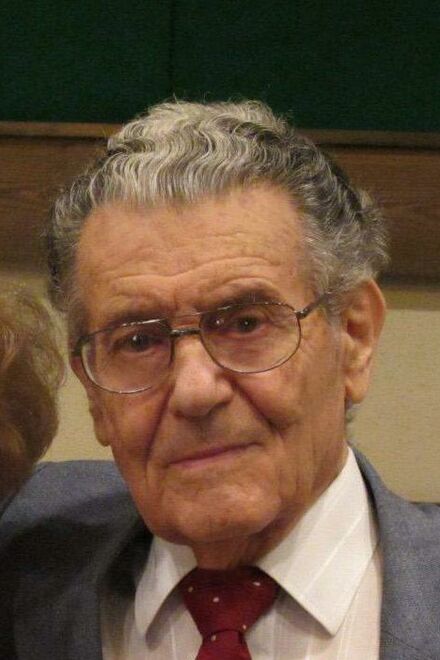 Leslie Fazekas was born in Debrecen, Hungary, in 1925. After the war, he reunited with Judit (Judy), and they married in Budapest in 1949. Leslie returned to school and earned his mechanical engineering diploma at the Technical University of Budapest. In 1956, Leslie and his family immigrated to Toronto, where Leslie attended the University of Toronto for computer programming, a field he worked in until he retired in 1988. Leslie and Judy live in Toronto.

All it takes is a single bomb, dumb and random, to defeat all hope. But it would be a beautiful thing for us to meet again — a triumph of endurance, faith and love.