Felix Opatowski is only fifteen years old when he takes on the perilous job of smuggling goods out of the Lodz ghetto in exchange for food for his starving family. It is a skill that will serve him well as he tries to stay alive in Nazi-occupied Poland. With dogged determination, Felix endures months of harrowing conditions in the ghetto and slave labour camps until he is deported to the Auschwitz-Birkenau death camp in the fall of 1943. Gatehouse to Hell is a candid and heart-rending account of a teenage boy who comes of age in desperate conditions, putting himself at risk to help others, forming bonds of friendship and holding onto hope for the future. 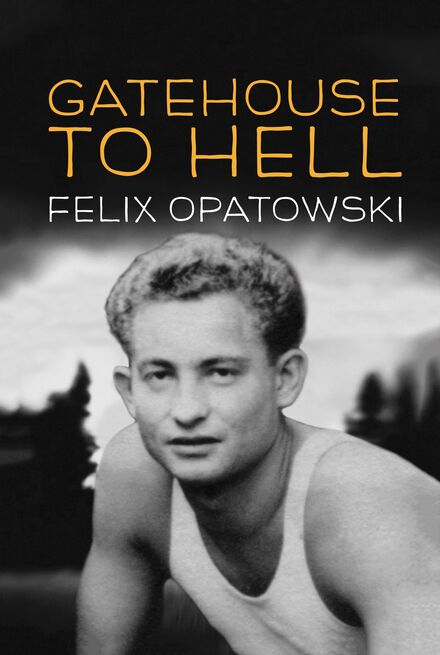 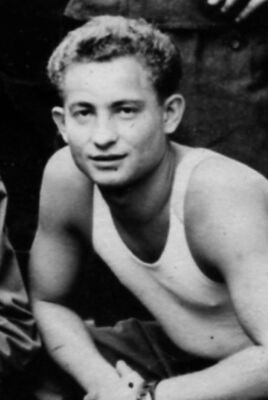 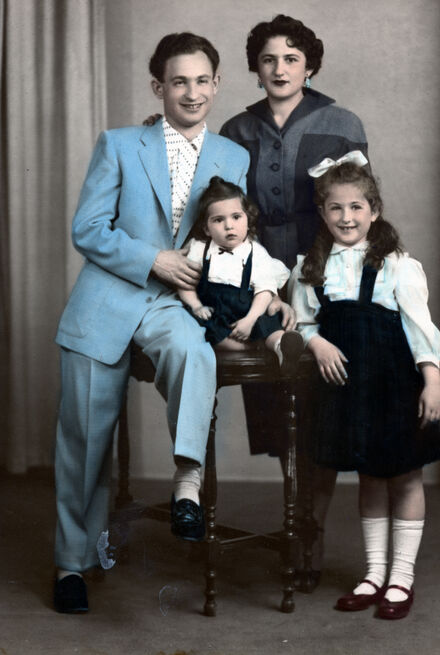 When I settled into the bunk, I thanked my new friend and we started talking. I asked him how long he had been there. He said six or eight weeks and then offered to give me a few tips. For instance, as we were talking I was rubbing my arm where they had tattooed the number. “Don’t rub it,” he warned me. “It might get infected.” When I asked him what Auschwitz was all about, Jakob was straightforward. “It’s a very terrible place,” he said. “Nobody gets out of here alive.” He took me outside the barracks, pointed to a chimney and said, “The only way we’re going to get out of this camp is through that chimney.”

I could see a huge red brick building but I didn’t understand what he meant. When we had arrived in Auschwitz we walked to Birkenau from the railway station and we could smell something burning. Of course, we didn’t know there were crematoria in Birkenau. How could any normal human think that in the middle of the twentieth century they were burning human bodies? Those things were too farfetched for us to even think about. But when we came into the quarantine camp, we started wondering what kind of place this was. The kapos would point to the chimney and say, “That’s your destination.” The ghetto, the labour camps in Poznań... these were all terrible places. Still, there we didn’t talk about chimneys, we didn’t talk about crematoria, we didn’t talk about gas chambers.

Jakob was quick to advise me that I had to be extremely careful in the quarantine camp. He told me that the Germans would try to work me to death there. If I survived, they would just take me to another camp. I told him that I had just come from a labour camp and that Auschwitz couldn’t be harder than that. “Oh, yeah?” he replied. Unfortunately, he was right.

Many of us were indeed worked to death in that quarantine camp, with hardly any food. The guards took us out early in the morning and we worked at making roads and digging ditches for the sewers. We were doing all of this because the camp was expanding. There were lots of prisoners, so we didn’t have to work fifteen hours a day, but we were doing very hard manual labour. It would have gone much faster if there had been wheelbarrows to take the rocks and move them to where they were supposed to go. But, no, we had to carry them in our hands. The whole thing was designed, I would say, as a test to see if we were able to do this type of work. If we survived three months of the harshness of quarantine, then we qualified to go to the D camp in Birkenau, which was the men’s labour camp.

The atrocities that happened in quarantine were horrible. Dr. Mengele was a frequent visitor, although in the beginning we didn’t know who he was. He and the officers went through each of the barracks to choose people for all kinds of experiments. We saw men taken away and they never came back. We heard screaming.

Then there was the selection. After I’d been working in the quarantine camp for about two weeks, a kapo came into the barracks and announced that there was going to be a selection, that no Jews would be going to work the next day. The other inmates left and the Jews stayed behind in the barracks. At first I was happy to have a day off work. I was so naive that I didn’t know what the selection was for. I thought that maybe the Germans were going to pick the ones who were healthy for special work. To me, we were having a holiday.

Jakob was wiser. He told me that he had heard that people had to be very careful during the selection, advising me to make sure that I knew where my clothes were when I was ordered to undress, to stand up straight, to not ask any questions.

An hour or so later, I saw Dr. Mengele. He came in with his entourage, about half a dozen SS men, and one man in civilian clothes who was taking notes. We had to strip naked. Dr. Mengele sat down and we walked in front of him. He indicated which person should go to the left or to the right. When a person went in one direction, the civilian wrote his number down.

When it was my turn, I saw that the man didn’t write down my number. I thought when he took down a number it meant they were going to take that person to another labour camp. Jakob had told me that sometimes, if a person was lucky, the Germans would need him for other work. I thought that I had missed an opportunity. So I went back and I tried to tell him that he had forgotten to write down my number. One of the guards pushed me away. I was almost crying. I was stubborn. I didn’t want to stay in Auschwitz. I didn’t want to go to the gas chambers. I didn’t want to be cremated. I didn’t want to die there and I kept pushing back. Finally the guard gave me a good push and I fell over to the other side. I was with the men who didn’t have their numbers written down. 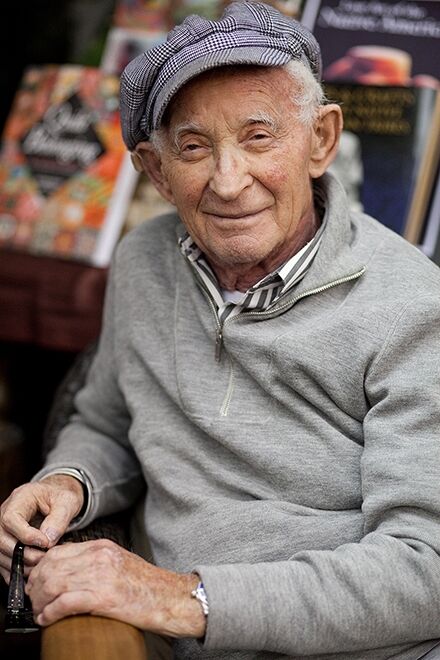