Across the Rivers of Memory

Ten-year-old Felicia Steigman is confused by the sudden disruption to her life when she is expelled from school and forced to wear a yellow star. But she is completely unprepared for what happens next — the forced abandonment of her home and a gruelling journey, overseen by cruel Romanian Nazi collaborators, to Transnistria, a squalid place that doesn’t even exist on a map. Surviving three years surrounded by devastation and death, Felicia’s innocence disappears. When her family’s suffering is silenced and dismissed, Felicia boldly confronts the past, speaking out against injustice and commemorating the forgotten killing fields of Transnistria.

At a Glance
Romania; Transnistria
Deportation
Death march
Postwar Romania
Life under Communism
Israel
Arrived in Canada in 1962
Adjusting to life in Canada 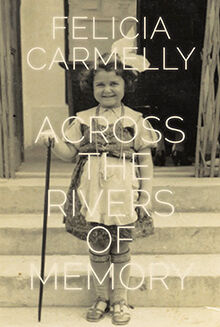 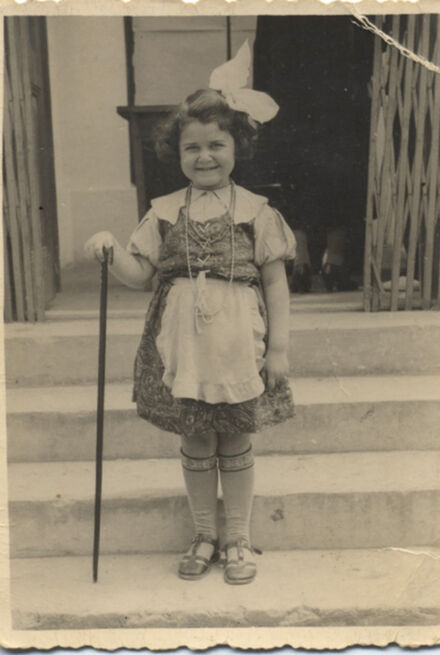 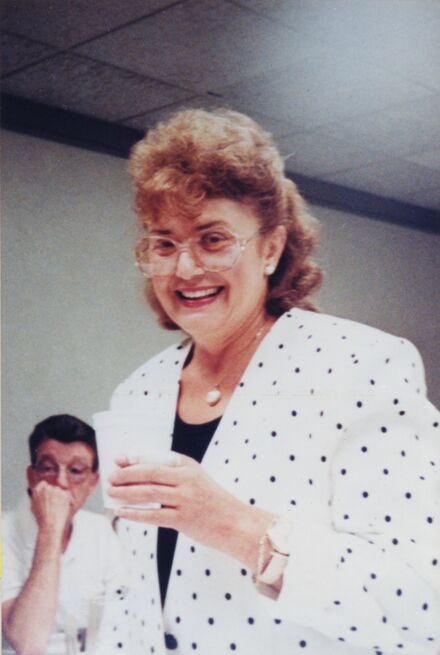 Across the Rivers of Memory

I remember the cold, rainy autumn day in October 1941 when the youngster at City Hall announced that all Jews must be at the train station at 5:00 p.m. sharp. We were to pack food for three days and take only as much as we could carry. The youngster yelled out the order with a voice full of hatred, sneering at us with the authority of someone assigned full control over our destinies. Privately, to protect me from hearing, my father told my mother the final words of the ordinance. She repeated his words in shock: “Anybody found after the train has left will be shot.” Because we had been told to pack enough food for just three days, we naturally assumed, as any level-headed person might, that we would be returning home after three days. How could it possibly be otherwise? Such a thought was beyond our imagination. After packing, Mama started obsessively cleaning the house, demanding that I help her as she quickly moved from sofa to chair. I couldn’t understand why. The house was already so clean; hadn’t she cleaned it just the day before? I knew better than to question her – she was in such a terrible mood. We were ready to leave when Mama noticed that I had left my apron on the kitchen chair instead of hanging it up on the hook where it belonged. She screamed at me and I had to go and put it back in its place. That is how I remember the very last moment in our home.

My mother layered me in three pairs of long underwear, three sweaters and two coats, explaining as she was dressing me that it was very, very cold. It reminded me of my mother’s compulsion to fatten me up with “reserves,” always protecting me in case of an emergency. I was wearing my backpack when we left to walk to the train station. My parents carried the heavy bundles as well as pots full of food: schnitzels, which my mother had made that day from chicken breasts, and hearts of wheat as a side dish. We had just enough for three days for the three of us.

At the station, I stood with my parents, surrounded by our family: my aunt Mila and uncle Armin Treiser; my maternal grandmother, Rebecca Siegler; and my paternal grandparents, Beile and Elkhanan Steigman. A little farther away were more aunts, uncles and cousins. Most of the adults around us were silent, as if hypnotized; some were moaning and groaning. Kids were chattering and babies were crying. Now and then there was a burst of screaming when someone lost their child or their parents in the crowd. I asked myself, “How come everybody is travelling tonight, all at the same time, all to the same place, all with the same train?”

I saw that passenger trains were coming and leaving without stopping for us and knew instinctively that something was off. It was almost dark, getting colder, and we were still waiting in the rain. We began to get impatient. “In the train, it will be warm,” I reassured myself. I was leaning against my mama and closed my eyes. We stood there from about 5:00 p.m. until 9:00 p.m., with passenger trains going back and forth, back and forth. To keep my mind busy, I was thinking about how cold it was in the forest and how the animals must be freezing. I felt bad for them.

Suddenly, a very long, brown train pulled in and stopped. It was a cattle train meant for beasts, not people. The doors, as big as walls, slid open with a thud. The soldiers were screaming at us, shouting, swearing, pushing, pulling, and barking orders for us to get in. Frantically, people began running, slipping in the mud, falling down and getting up. Everybody was moving and yelling. We were being herded with rifle butts into the cars. For a few minutes, I couldn’t see my parents. I panicked. Then, I fell in the mud and got a nosebleed. Somebody stepped on my hand. “Don’t step on me!” I yelled. I was pulled from the mud. I was afraid Mama would be angry because there was mud and blood all over my face, my mittens and my coat. The next thing I knew, I was picked up and thrown into the train.

After hours of waiting in the cold rain, we were stuffed, body touching body, into the train and the huge doors were slammed shut. The train stood in the station for at least two more hours before surging violently forward. We had no idea to where, for how long or why we were being taken away from our homes. 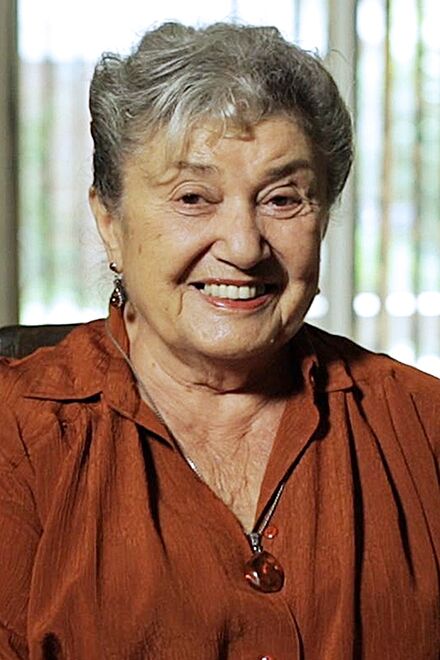 Felicia Carmelly was born in Vatra Dornei, Romania, on September 25, 1931. In 1959, Felicia and her family emigrated from Communist Romania to Israel. Three years later they immigrated to Canada, where Felicia earned her master’s degree in social work. Felicia founded Toronto’s Transnistria Survivors’ Association in 1994 and published the anthology Shattered! 50 Years of Silence: History and Voices of the Tragedy in Romania and Transnistria in 1997. Felicia Carmelly passed away in 2018.

Everybody I knew seemed to be whispering all of the time. I was scared, but no one would talk to me about anything.