A Jewish community comes alive in this vividly told story of a childhood interrupted by the Holocaust. In his wry and evocative prose, Pinchas Blitt conjures Kortelisy — a humble, vibrant village in the backwoods of western Ukraine. Young Pinchas lives in fear of Cossacks and wolves and the local antisemitic children, but he finds belonging in the rich texts and traditions of his ancestors. When the Soviets invade, Pinchas’s life is infused with new meaning as he innocently devotes himself to the teachings of Comrade Stalin. Then the Nazis arrive, and Pinchas witnesses his beloved village being brutally attacked. As his family seeks safety in the marshes and forests, their precarious existence brings Pinchas face to face with his own mortality and faith, and with a sense of dislocation that will accompany him throughout his life.

“These memoirs are so full of life, of dialogue, of laughter through tears, that they might easily belong in the Yiddish theatre” — David G. Roskies, Introduction

The memoir was launched in July at Montreal's Segal Centre for the Arts, and is slowly gaining wide literary acclaim. Here's multi award-winning novelist, Jim Shepard, author of The Book of Aron:

"A Promise of Sweet Tea is at once a haunting glimpse of one small corner of the Holocaust, in all of its agony, perfidy, and caprice, and a heartening celebration of family and home that lovingly commemorates a lost world. Pinchas Eliyahu Blitt’s memoir is also, sadly, more relevant than ever in terms of where the world in 2021 has found itself."

- Jim Shepard (The Book of Aron)

"Pinchas Blitt is a master storyteller. The poignant saga of his and his family’s escape into the Ukrainian woods reminds us of the dangers of social ideologies on the march, as it brings a precious, lost world to life."

"A Promise of Sweet Tea, simultaneously heart-wrenching and life-affirming, is about much more than one person’s story of survival. Pinchas Blitt’s memoir is in equal parts a revival of a world that has been lost, a story that sheds light on lesser understood horrors of the Shoah, and a profound philosophical meditation with relevance for today. Blitt, an actor in Yiddish theater, is a master storyteller, and I could not put this book down until its powerful, poignant end."

A PROMISE OF SWEET TEA EDIT4.mp4 from The Azrieli Series Short Films on Vimeo. 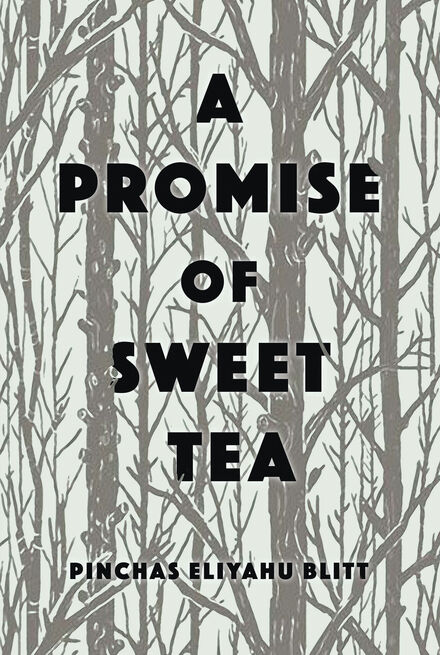 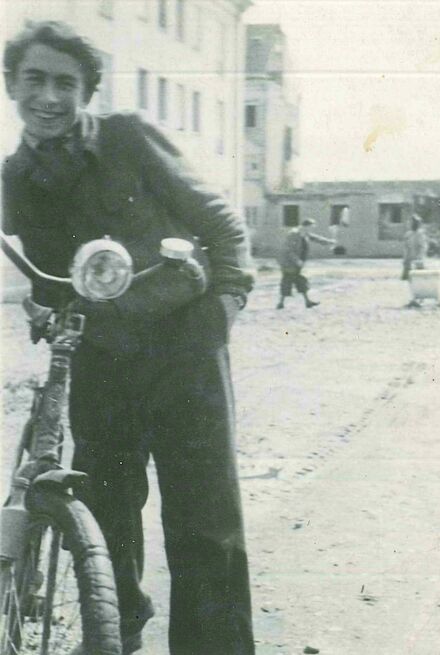 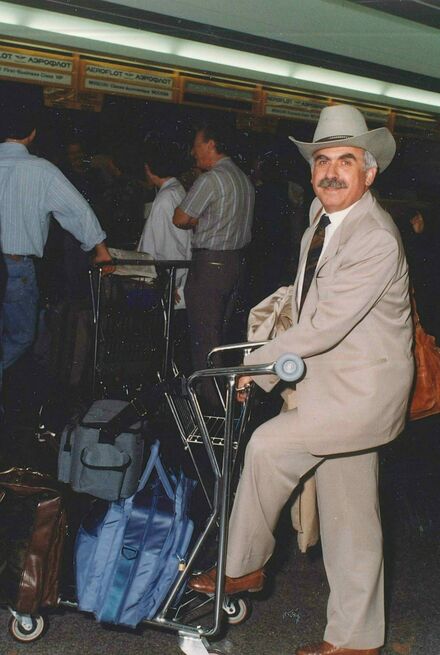 Escape by the Back Door

The next time the Germans came to Kortelisy there was a completely different ending, and all hope of survival was shattered. It was Sunday, July 12, 1942, a week before my tenth or eleventh birthday. My parents had decided that we would stay overnight with my paternal grandparents; for some reason, they felt a little bit safer at the other end of the village, next to the church square.

Early that Sunday morning, while it was still dark and we were all sleeping, there was a powerful pounding on the front door and roaring in German — Aufmachen! Open up! This was not a gemütlich sound of invited guests arriving for breakfast. The Germans had come to kill us, and the pounding and roaring put the fear of God into us. I was not ready to die. I can still hear the sound of it, and it still frightens me and gives me the shivers; I still have the urge to run and hide. We all woke up. Anticipating danger, we ran out through the back door, straight into the fields of tall rye that grew at the edge of my grandparents’ house. Somehow we were calm and accepted the situation as part of being Jewish, running away from the Hamans and the pogroms, as our ancestors did. Once inside the dense rye fields, we ran in different directions. But my mother, as usual, held on to me and my brother. Sonia, a young schoolteacher who had arrived with the Soviets in 1939 from Kyiv to teach in the local school and was a colleague and girlfriend of my uncle Ben-Tsion, was holding on to my mother. Sonia was dark and beautiful, with deep black eyes; the Russian song “Ochi Cherney” (Dark Eyes) could have been written about her. She proudly insisted that she was a true yevreyka, Jewess, even when the Germans arrived.

The four of us stayed together, tucked inside a furrow in a rye field without moving a muscle the whole day, afraid of disturbing the rye and giving away our hiding place. We didn’t know what was happening to the Jews in the village. We had no food or water all day and emerged in the evening and returned to my grandparents’ house, where we reunited with our father, paternal grandparents, Ben-Tsion and my mother’s parents, who had also managed to escape.

Not everyone was that lucky. Some twenty innocent Jewish men, women and children — entire families of Kortelisy — were rounded up, murdered in cold blood and buried in the green grazing fields outside Kortelisy, in a flat, unmarked communal grave. Among the murdered was a family of four, whom I still remember. The father’s name was Binyomin, and one of the boys, who’d had his bar mitzvah two or three years earlier, was called Bentse. Later in the evening, when we returned to our own home and walked through the open door and saw everything in disarray, we realized how close we had been to being included among the victims. Father immediately pronounced that our staying over with Zeyde and Bobeh was nothing short of a miracle. Being the first house as one enters the village from the west, we would have most certainly been caught in our sleep and killed. We had no back door to escape from even if we had been awake. 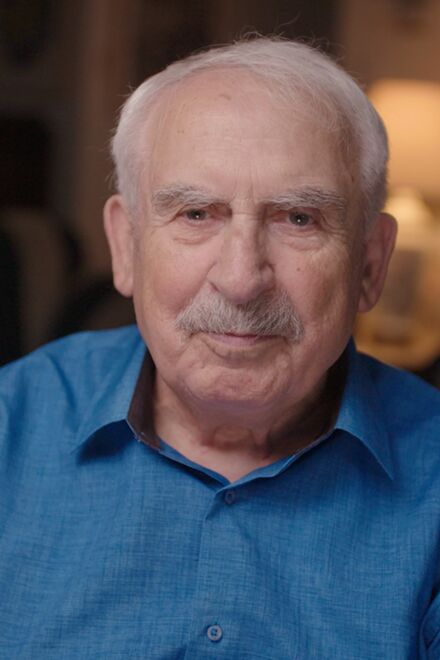 Pinchas Eliyahu Blitt was born in Kortelisy, Poland (now Ukraine) in 1931 or 1932. Pinchas and his family immigrated to Canada in 1948 and settled in Montreal, where he attended teacher’s college and law school. In addition to a long career as a lawyer, Pinchas was involved in the Yiddish theatre community in Montreal for many years. Pinchas has three children. He lives in Montreal with his life partner, Gisele.

We were close enough to these soldiers to see their faces. In them we saw the end of our lives. But, somehow, we still did not give up hope and surrender.