For six desperate years, Willie Sterner’s skill as a painter saves him from death at the hands of the Nazis. Faced with inhumane conditions in slave labour camps, and grieving the brutal loss of his close-knit family of nine, Willie relies on his courage and ingenuity to hold onto his dignity. Showing how random luck could change the course toward almost certain death for Jews in the Holocaust, Willie finds himself transferred to Oskar Schindler’s Emalia factory, where he comes under the protection of the famed German businessman and becomes his personal art restorer. An unvarnished account of what he experienced and what he lost, The Shadows Behind Me also follows the story of Willie and Eva – the woman he meets on a death march – as they rebuild their lives and regain hope in Canada. Gripping and moving, this is a tribute to one man’s remarkable determination to survive. 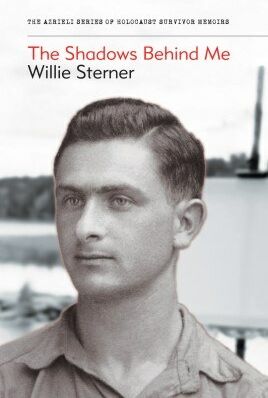 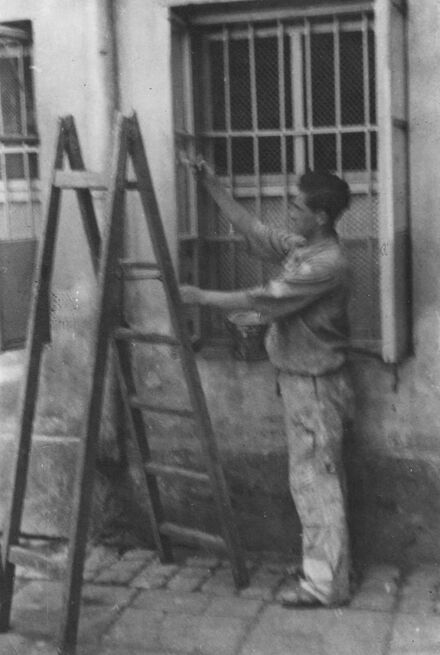 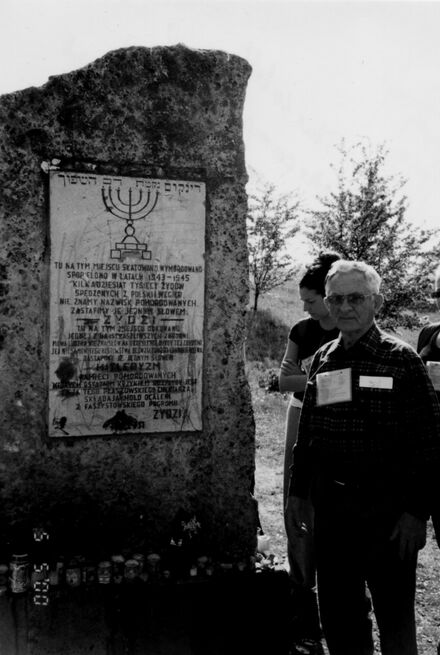 Shortly after the war began, the Soviet government opened its borders and many Jewish people tried to save themselves by crossing into the Soviet Union. But a lot of Jews didn’t go. Some disliked the Communist regime and others didn’t want to leave their homes and everything else behind. Older Jews, who remembered how well the German soldiers who occupied Poland in World War I had treated them, couldn’t imagine the German evil that would emerge in World War II. And many Jews couldn’t go to the Soviet Union because they had large families with small children. In our family, my mother was ill with arthritis and there were seven children, the youngest only five years old. It was impossible for all of us to go to the Soviet Union. In early spring 1940, my good friends Leon Monderer and Jozef Szarp went to Lwów in Soviet-occupied Poland. They went through the open Soviet border and found freedom from Nazi oppression. After they had found jobs in Lwów, they got a chance to come back to Krakow for a few days to see their families and friends. Before they left Krakow to return to the Soviet-occupied area, Leon and Jozef came to my house and asked me to go with them. They told me that they had a good job for me and that I should seize this opportunity to save myself from the Nazis. I had an impossibly painful decision to make. Should I leave my dear family in such a terrible time? I couldn’t be of much help to them and I had the chance to be better off in Lwów with my friends. So I decided to be free and save myself. With pain in my heart, I decided to go.

My parents agreed with my decision; they wanted me to save myself from what was happening in Poland. My mother packed a suitcase for me with shirts, pants, socks and a jacket. I was ready to go. I said goodbye to my family and my parents pushed me to go with my friends, who were standing near the door. “I hope to see you soon,” I said to them, but then looked back and saw my whole family holding onto one another. My younger sisters were crying. It was such a distressing image that I couldn’t leave. I put down my suitcase and told my friends to go without me. “I hope someday we will see each other as free people,” I said, “but I will not leave my family.”

Leon and Jozef were sorry to hear my decision, but they understood my feelings. We all said goodbye and hoped to see one another after the war. It was difficult for me to say goodbye to my best friends because I couldn’t shake the feeling that I would never see them again. But if I had gone with my friends, I would never have forgiven myself. I was so glad that I decided to stay with my family. I knew then that I could never leave my family behind and that I didn’t care what happened as long as I was with my loved ones. It was the only way. I was only sorry that I couldn’t be more helpful to them.

I still think about that time when I could have gone to the Soviet Union to save my life and escape the Germans. In Krakow, we were hunted by the Nazis as animals are hunted in the jungle. We suffered from hunger, terror and humiliation. It was exhausting to get through each day and it was unbearable to watch my family suffering. Not being able to help them made me feel helpless, angry and miserable. If only my family could have gone to the Soviet Union. 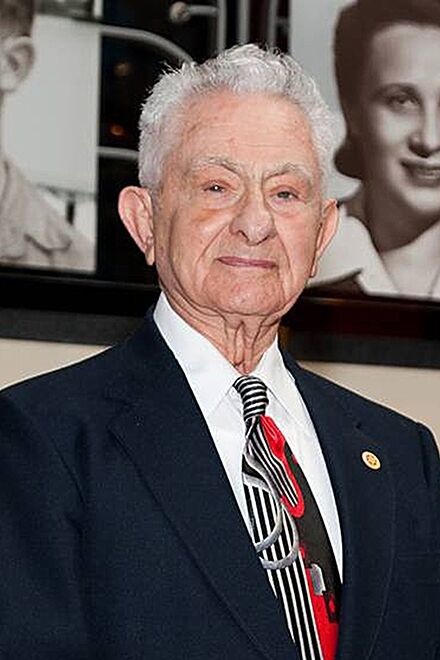 I was surprised that Oskar Schindler, a German industrialist, would talk to me not as a Jew but as a normal person.... I thought that I must be having a nice dream.