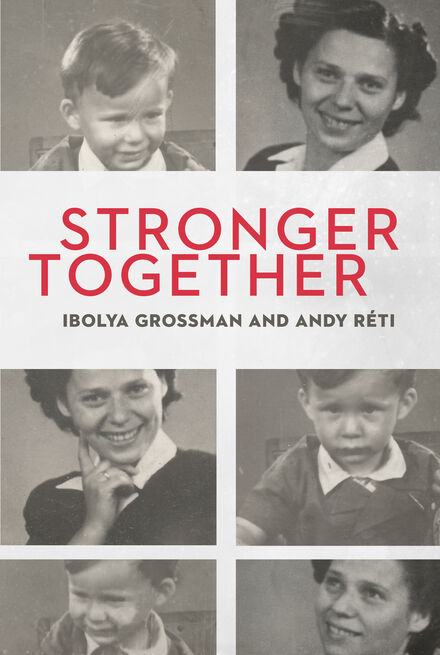 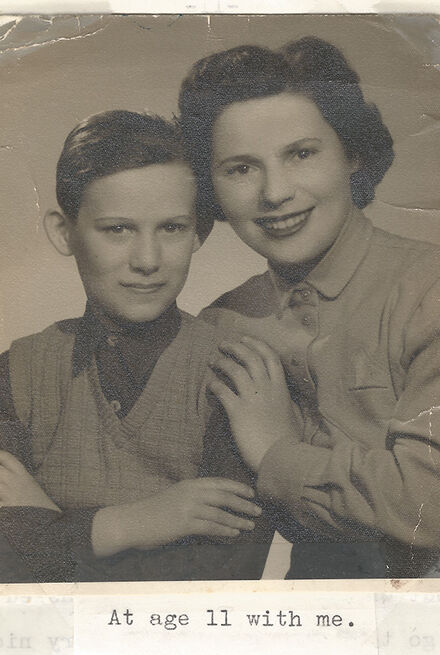 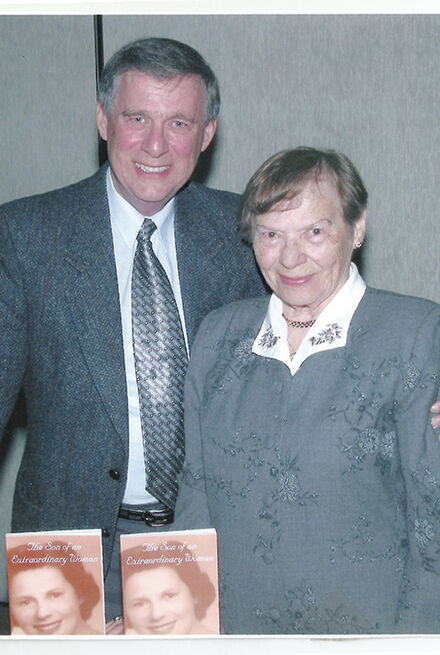 Letter from the Ghetto

By the end of November, a ghetto was formed in the heart of the city. What happened from that point on is described in a letter I wrote on January 30, 1945, only two weeks after our liberation from the ghetto. The purpose of my letter was to write down what had happened to us, while it was fresh in my memory, and give it to Zolti, who I was sure would come out of that hell alive. I still have the original letter, written in pencil by the light of a single candle, the pages now yellowed with time and the words faded away.

Nine months ago, on May 9, 1944, when you kissed me goodbye, I told you my life would be worthless if you did not come back. “I will be back, sweetheart, because I love you and our little son. Don’t worry, my dear,” you replied to me. Now we are home and safe and so are your parents, and I feel that you will come home, too. I feel it very strongly. Our little son prays for you every night with his tiny hands clasped together.

Where should I begin to tell you of our sufferings? I want to tell you everything that has happened to us. Maybe I’ll go back to October 15, 1944. Our Regent, Horthy, spoke on the radio, and we were told that Hungary would no longer fight in the war, so nobody had to worry. We were tremendously glad to hear it. We had all crowded into the yard of our building to hear our Regent’s declaration from the janitor’s radio. We were jumping with joy and tearing off the yellow stars from our chests. We thought it was the end of our sufferings. We had had enough. The yellow stars were discriminatory – unlike other citizens, we were not allowed to go out of the house except between five and seven in the evening to buy groceries, and of course by that time there were not many groceries left. We were forbidden to go to any public places like cafeterias, soda shops, movies or playgrounds. On the streetcars or buses we could only sit at the back. In many of the stores you could read this: “Dogs and Jews forbidden to enter.” There were many other awful things but now we thought that an end had finally come to these orders. We were wrong. Even more bad things started. Our Regent had the best intentions, but he was weak, and on the same day, the fascist Arrow Cross Party, with its leader, Ferenc Szálasi, took over the presidency. Szálasi was bloodthirsty. He swore that he would help the Germans to annihilate the Jews.

The next morning I saw sixty or more people – men, women and children – marching with their hands raised above their heads. Fascists escorted them. Later on the same day, some police and fascists with swastikas on their arms came to our building. One of them roared, “Every Jew down to the yard or I shoot!” We were very scared. You know, dear, by then about three hundred people lived in the building, most of them Jews. We had no time to pack anything. I just grabbed the knapsack, little Andy’s winter coat and a blanket. Those things were all ready in case of an air raid. We had to raise our hands like criminals and form a double line in front of the house. When Andy heard those words “hands up” he took his hand out of mine and raised his, too.

First they took us to the nearest open ground and robbed us. We had to throw all money, wristwatches, rings and flashlights on a blanket. We had to put our hands up again so they could inspect if any rings were left. If they found something, they beat our hands with a whip. I put my wedding band in Andy’s coat pocket. I wanted to save it.

After we were robbed, we were ordered to form a double line once more and to march to an unknown place. While we were marching, still with raised hands, you couldn’t imagine what the crowd on the sidewalks did to us. They were enjoying watching our march. They hit us and spat on us. One man grabbed the blanket from my hand, so Andy had no cover for the night. Others took the coats off of people’s shoulders. One man beat your father and smashed his eyeglasses. At that point, Andy and I lost your parents in the crowd. On the route, I saw that we were being led to the Tattersall racetrack. There, we spent two horrible days and nights. It was like a nightmare. When we arrived, it was already dark. We had to sit down on the bare ground, which was covered with dung from the horses. There were a lot of people, collected from every part of the city. Many of them didn’t even have a place to sit, so they stood all night. The children fell asleep in their mother’s laps. Andy too fell asleep and I hugged him all night to keep him warm. We adults were awake the whole night waiting for the morning. What would happen to us? Finally, morning came. We were ordered once more to form a line of four and to walk around a platform where some Arrow Cross bandits were pointing machine guns at us. One of them roared, “You rotten Jews! All of you will die within a few hours.” But nothing had happened yet except that we had no food, water or roof above our heads.

During the day we walked all over the place looking for Mama and Papa. There were Arrow Cross women with whips, and they hit everybody around them. I tried to avoid those beasts. From time to time, Andy and I sat down on the ground and I fed him some crackers and apples from the knapsack. I couldn’t take a bite. After that, we again went to look for your parents. Finally in mid-afternoon, we found each other. We were crying and hugging to try to comfort each other. We all sat down on the ground again to try to keep Andy warm. Then came the second night. About 3 a.m. we suddenly saw a bright light and a man on a loudspeaker announced that we could all go home. The order came from the chief, Szálasi, who had become the head of the government. As soon as we got out, German soldiers shot among us at random. Many were wounded and killed, but somehow we got home. Little Andy’s first words were “Hello, my red tricycle. You say hello to me, too.” You know, dear, he had just received that red tricycle from Joe, our superintendent, before we were taken away. 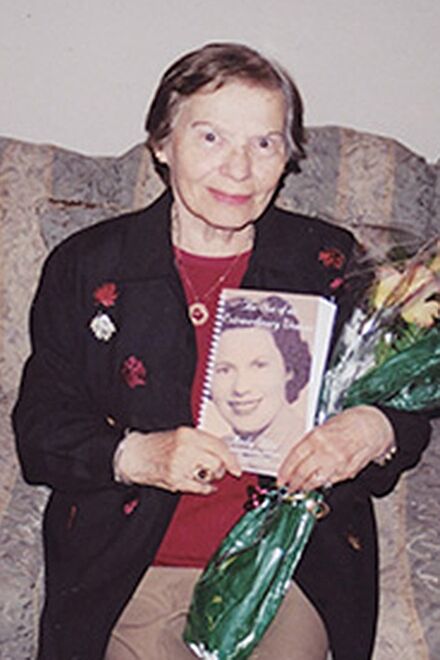 Don't cry, darling. We need this baby. You will see.