Two little girls, Marguerite and her older sister, Henriette, hear these last words from their mother and know that they must forget everything that is familiar about their former lives in Paris. With new Catholic identities, the sisters are taken from farm to farm and convent to convent where they learn how to remain silent, how to pretend, how to lie in order to survive. Beautifully illustrated by the author, In Hiding offers us rare and poignant insight into a young child’s view of her world at war. 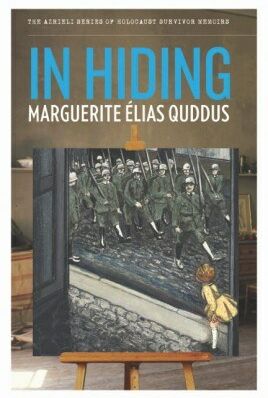 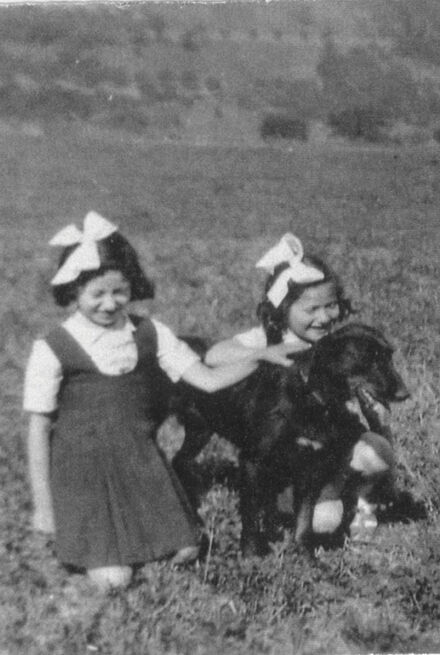 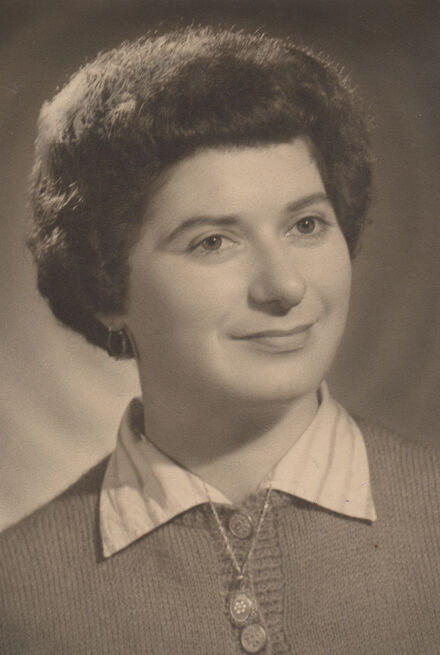 Papa has put his hat on askew and the collar of his over coat is turned under. Mama hands him his small suitcase. “Here are a few clothes,” she says, sounding distressed. They rush down the stairs. I watch them from the top of the stairs, stunned, and then I follow Mama to the kitchen window like a sleepwalker. Papa tries to go into the toilet in the courtyard, but they don’t let him. They grab him by the arm and drag him like a convict. The concierge finds it funny, watching from her window. She infuriates me!

“See you soon,” calls Papa, looking back. My father knows what he’s talking about. She’ll see, he’ll come back! The officers and Papa are walking so fast that by the time we get to the window facing the street, they’re already far away. “He didn’t even shave and he had nothing to eat,” says Mama, upset. Seeing my sister and me, she changes her tone. “Get dressed, girls. We’ll go with him.”

I’ve never gotten dressed so fast in my life. Mama has made herself pretty. She’s holding a parcel in case Papa needs it. She goes out with Henriette without closing the door. Then she comes back and gets me. She walks very fast and Henriette follows us. When we get outside, they’re still there. Phew! We’re going to see Papa again! We’re still wearing our slippers. He’s talking with Dr. David, Dr. Weisman the dentist, Monsieur Salonès and some other people.

The three of us walk toward him. With one leap, my sister and I are in his arms. He holds me so tightly I can hardly breathe but I don’t get angry. I cling to his body and look hungrily at his face. I won’t let him go without me. I kiss him in spite of the bristles of his beard. He looks into my eyes. I’ll never let go of him.

What’s this racket? A car has just pulled up and the policemen are pointing their guns. “My dear little girls, Henriette and Marguerite, we have to part now. But it won’t be for long. Be good with Mama, don’t give her any trouble. Promise?” We nod in agreement.

Someone opens the beautiful gate to the courtyard and they start lining the men up. Papa bends down, releases us from his embrace and sets us both on the ground. I refuse to let go of him. “Come on, children, it’s Mama’s turn now.” I hold on even tighter to him. I’m the youngest, after all. “You have to let me go. I need to talk to her.” He gives me a gentle push. My mother is crying and he comforts her instead of me. In my distress, I’m jealous. He takes her tenderly in his arms. “Calm down, Rokheleh, calm down, please!” They whisper things into each other’s ears.

“We’ve got everybody. It’s time to go, ladies and gentlemen!” The officers call out the names, one by one, and roughly separate the women from the men. “David. Éliash. Solanès. Weisman.” The men are packed like sardines into the khaki Citroën. Papa leans out and shouts, “Courage, Rachel! Courage, children! I’ll see you soon!” I’m so miserable. Mama murmurs under her breath, “Courage, Moishinkeh, courage!”

I have a stomachache. I have to go home. The cars pull quickly away. We wave to the one Papa is in as it disappears in the distance. The sun is rising and with it, my hatred. My heart is so heavy.

I’m ready, but I’m overcome with sadness. Mama hugs us and kisses us: “Goodbye, children! Go, and don’t look back…”