In the 1930s, René Goldman grows up entranced with theatre, music, languages and geography. Enveloped by his parents’ love and protection, he wanders the streets and alleys of Luxembourg and Brussels, carefree and prone to mischief. Yet as he starts hearing adults speak the words “deportation” and “resettlement,” René is forced to grapple with a strange, new reality. In 1942, when his family flees to France, eight-year-old René is separated from his parents and shunted between children’s homes and convents, where he must hide both his identity and his mounting anxiety. As René waits and waits for his parents to return, even liberation day does not feel like freedom. An eloquent personal narrative detailed with historical research and intuitive observations, A Childhood Adrift explores identity, closure, disillusionment and the anguish of silenced emotions. 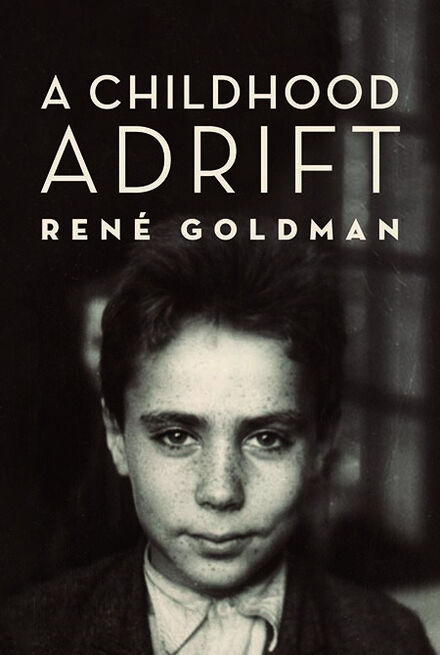 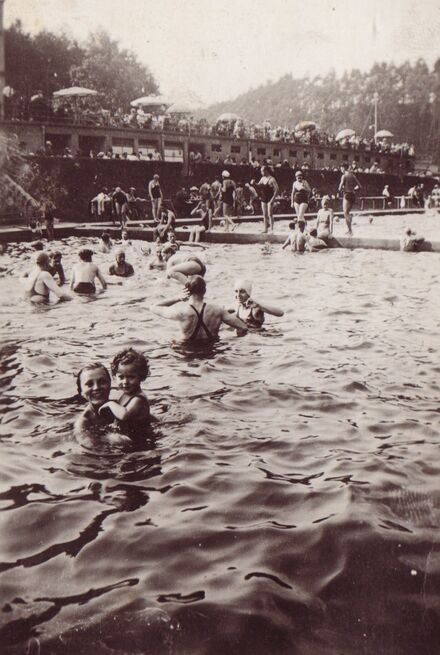 Early one morning, Mama came into the room where I had stayed overnight with Dutch friends. Roused from my sleep, I was shocked to see her in tears as she ordered me to get up and dress quickly because the police were waiting for us in front of the hotel. She pleaded with me that I should cry, so that perhaps I might soften the heart of the policemen. But strangely enough, I, who had hitherto been something of a crybaby, could not bring myself to shed a tear. I looked at Mama with pleading, frightened eyes, yet felt too numb to cry. Once out on the street we were gathered into a large crowd of Jews who had been collected from our hotel and elsewhere in town. To my further dismay, I discovered that Papa was not with us. He had gone out before the police arrived, perhaps to buy a newspaper, or could it be that he pursued a lead to a possible hiding place for us? I shall never know.

Like a lugubrious procession we were marched along the street that led to the railway station. The police chief in charge was a burly brute with a moustache like Stalin’s; he swore at us, spouted antisemitic insults and shoved and bullied our pitiful flock all the way. What awaited us when we reached the square in front of the railway station was a veritable coup de théâtre, a sudden turn of events: by an unbelievable coincidence Aunt Fella had arrived on the night train from Limoges and happened to walk out of the station at the very moment when we were brought there! I still hear her cry of astonishment, “Mon Dieu, qu’est-ce qu’il se passe?” (Oh my God, what is happening?) Then, seeing that I happened to be at the end of the queue and that the police chief had momentarily turned away from it, she pulled me by the hand whispering, “Viens, sauve-toi avec moi!” (Come, run away with me.) But I was too dumbfounded to run. A moment later the police chief turned around; he saw my aunt pull me away and raced after us, slapped my tiny, frail aunt on both cheeks, and violently seized me by the hair and the seat of my trousers. Thus holding me kicking and screaming, that brute ran inside the station and toward the awaiting train on the first platform, past Mama, whom I saw being dragged over the station floor struggling and crying. The entire station was a scene of bedlam, with men, women and children being pulled, shoved and hurled into the train….

Just as the police chief was about to throw me into the train as well, two gendarmes in khaki uniforms appeared in the nick of time to stop him. Without a word he let go of me. One of the two officers took me aside and gently pressed my head to his chest, so that I would see no more of these horrendous scenes. After a moment he turned me around, saying, “Look, your mother is in that window over there waving goodbye to you.” The train then moved. That was the last time I saw my mama.

Holding me kicking and screaming, that brute ran toward the awaiting train, past Mama, whom I saw being dragged over the floor struggling and crying. The entire station was a scene of bedlam…