In 1940, Yolanda and her family moved to Budapest, Hungary, to join her father. In 1942, Yolanda’s father was sent to a forced labour camp, and her mother was alone raising two children and a new baby. Soon after the German occupation of Hungary in March 1944, Yolanda’s mother was taken to the Bergen-Belsen concentration camp. Yolanda and her two brothers survived in synagogues that had become children’s homes. They were reunited with their father during the liberation of Budapest, and with their mother in 1946. After the war, Yolanda continued her education in Budapest, earning a diploma as an organic chemistry technician and then working as a technician in the rubber industry. Yolanda met her husband, Joseph, in Budapest and they married in 1966. She arrived in Canada to join Joseph in 1967 and together they raised three children. Yolanda worked in a variety of businesses, later earning a diploma in business administration. In the late 2000s, Yolanda joined the Holocaust Child Survivors’ group at Baycrest and began speaking to various audiences about her experiences during the Holocaust. Yolanda continues to speak to student groups in Toronto.

We were subject to the many restrictions imposed on the Jewish community, and soon after the Nazi occupation, we were relocated. We could no longer remain in our home. In Budapest, Jewish houses (sárga csillagos házak, yellow-star houses) were designated. They were actually single-building ghettos, some with only children, mothers with children and elderly people. My mother took us to the one closest to us, a synagogue located at 16 Jávorka Ádám Street, XIV District, but shortly after, the able-bodied grown-ups were taken to the brickyards in the district of Óbuda, and then eventually to the Bergen-Belsen concentration camp. My mother was among them. My younger brother, Bela, was only two years old at the time. One of his first full sentences was, “The Nazis took my mother away.” My older brother, Harry, at the age of nine, became the head of the family. He changed two-year-old Bela’s diapers and sometimes snuck out of the synagogue, hiding the yellow star on his clothes, to buy us a treat (comfort food) on the black market by selling a tablecloth or some other item. This was a dangerous thing to do.

I remember one incident when the air-raid sirens sounded. Because Hungary was fighting on the side of the Germans, the Allied forces were bombing Budapest. We went down into the basement. The noises outside were so loud, and we held each other’s hands while the bombs were coming down. We returned upstairs to find a huge crater where the back of the shul had been hit. It was miraculous that no one was injured or killed, that we remained alive.

Shortly after, we were moved to a larger synagogue that seemed to be only for children. This shul was at 4 Nagyfuvaros Utca, in the centre of Budapest. Apparently it was under the protection of the Red Cross and Rabbi Shalgo was supposed to be in charge, but there did not seem to be many adults in the building to take good care of us. From time to time, someone came and gave us a little food. At first, we all went to the basement when the warning sirens sounded, but as time went by we became weak, unable to move to seek shelter or even to go to the washroom. None of us was far from starvation and death, although my younger brother, Bela, looked to be in the worst condition. He was so small, and like all of us, surrounded by death, hunger and disease

In the meantime, at the end of 1944 the Soviet army liberated the labour camp my father was held in. My father spoke six languages, and he joined the army as an interpreter, seeing it was the fastest way to reach Budapest and start to look for his family. In January 1945, he entered Budapest with the first Soviet units. They were fighting house by house, street by street, liberating the country from the Germans, and my father went to our old apartment to ask the people about our whereabouts. He was brandishing a gun, with no intention of using it, but they didn’t know that and fearfully told him about the many places Jewish children were being kept. He started his search and, after two weeks, finally found us.

My brother Harry and I used to argue about which of us had heard our father first. He had a very distinctive cough due to his heavy smoking. Of course, the most important part was that he came; there was someone who cared about us. In his knapsack he had roasted chicken, which he shared with us. Unfortunately, he couldn’t stay. He had to return to the army, but he promised to come back as soon as he could, and a few days later he did. He’d arranged for a discharge from the Soviet army to take care of us.

At the synagogue, there were many children who had died. I don’t know how many; I only recall that there were between thirty and sixty who survived. There were no coffins available, so my father put the bodies of the dead children in wardrobes and cabinets and buried them. Afterwards, he cleaned up a room in the shul for the living ones and put mattresses on the floor. One by one, he disinfected every child and carried us to our new quarters. When he shaved the hair from our heads, I cried. It was terrible. As a girl, my hair was very important to me, but my father knew we had to be deloused and cleansed or we would be sick continually. Most of us were unable to walk. My father had to teach us to be on our feet and get around. He undertook, on his own, to cook, feed and take care of all the many children. He managed to get some food from the Soviet army and the Red Cross, and he also took trips to the countryside to get food directly from the farmers. But there was a shortage of everything and people in the streets were also starving. If a horse died in the street, people took the meat from it. The currency was worthless. A handful of paper bills could not even buy a loaf of bread. One had to find something to trade in order to get anything. My father would go to the black market to get flour, bread and whatever other foods he could get.

He saved all the children in the shul. When my father died, the rabbi said he was a hero. In my eyes, he certainly deserved the honour. 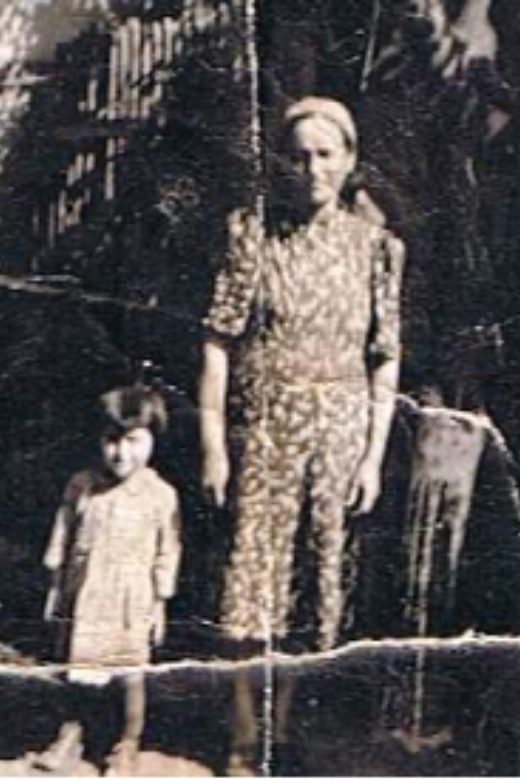 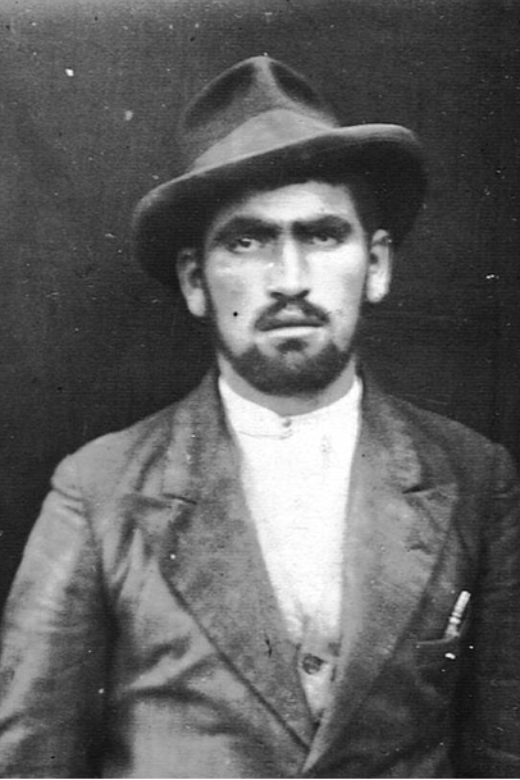 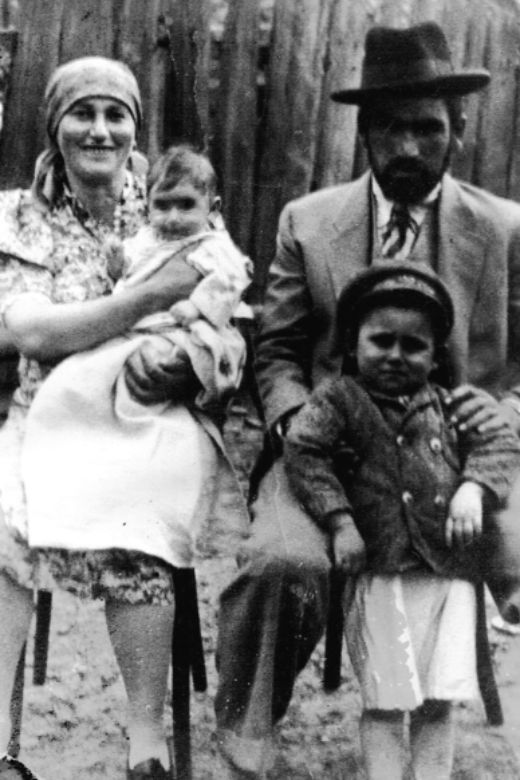 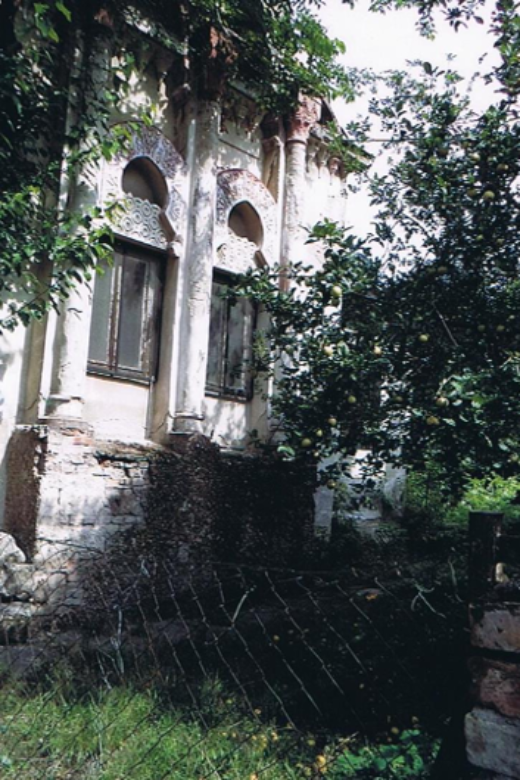 Synagogue that was the ghetto building where Yolanda stayed. Jávorka Ádám St. 16, Budapest.

With my mother’s return, life changed for us. Although my younger brother was too young to remember her and asked, “Who is this lady?” we were together as a family again in our little apartment. The renovated apartment, which was owned by my mother’s uncle and aunt, was slightly enlarged but still small — a kitchen, a bedroom and a pantry. Most things slowly returned to normal, but my mother was never the same person after the camp.

My father started to work as a labourer again for Meyer Itzkovicz, my mother’s uncle, delivering coal and wood that he carried in big baskets on his shoulders. As a result, he had back problems. He would ask us to walk on his back; it was the only massage he could afford. But my father was a jovial man. He liked to play cards, and when he once had a broken leg requiring a cast that made it too difficult for him to get out to play cards with his friends, he taught us to play so he would have company. Day by day, our routines finally took on regularity, and I have many memories of those postwar years.

I started Grade 1 in public school. My older brother went to the Jewish school for a short time until it was closed because there weren’t enough boys, at which point he came to the public school. After the war ended, mixed classes were introduced— boys and girls together. I remember one girl who had been chosen to be in that class didn’t want to be there and was crying. She only wanted to be in an all-girls class. Since I had brothers, being in a mixed class didn’t bother me, so I offered to switch with her. I went into that class in 1947.

There was a girl in my class who was a head taller than me. One day, she called me a “dirty Jew.” I was very upset and angry. I organized a group of friends, boys and girls, during class, and after school we beat the girl up. The next day, her mother came in complaining about what I had done, and I responded to her with, “If you don’t teach your daughter manners, I will.”

The teacher sent home a reprimand, a negative note to my parents. He wanted to send it with a classmate, but I told him I had a big dog at home and if anyone came to my house, I would let the dog free. As a result, no one wanted to take the note. I told the teacher to just give the note to me and I’d take it home and bring it back the next day, which I did. When I gave it to my parents and explained what had happened, they signed it without saying much.

Aside from the odd incident like this, antisemitism was not openly displayed, but it was no time to outwardly announce being Jewish. There was always an undercurrent, although we didn’t talk about it. Denial is a coping mechanism.

Sometimes the darkest times can bring us to the brightest places. 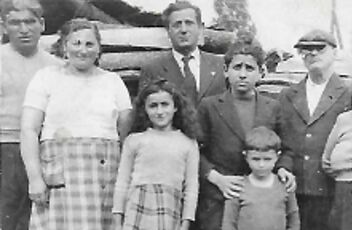 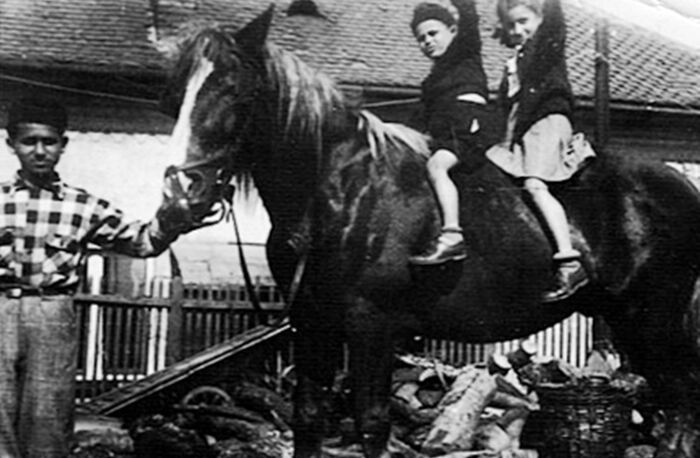 I started to write this story more than a year ago. It took me a long while to finally get it going, but now I thank God I was given the time and health to do it, the skills and wisdom to write it. Hopefully it will show that the past didn’t make me a prisoner, but a survivor of it all. In the end, I want my story to help others.

If I've learned anything from life, it’s that sometimes the darkest times can bring us to the brightest places. I have learned that the most toxic people can teach us important lessons; that our most painful struggles can grant us the most necessary growth; and that the most heartbreaking losses can make room for the most wonderful people.

I've learned that no matter how difficult things seem, there is always hope, that no matter how powerless we feel or how horrible things may seem, we can't give up. We have to keep going, even when it’s scary, even when all of our strength seems gone. We have to keep picking ourselves back up and moving forward, and we will make it through. We've made it this far. We can make it through whatever comes next.... With all its imperfections, it is still a wonderful world.

Let’s make it even better. 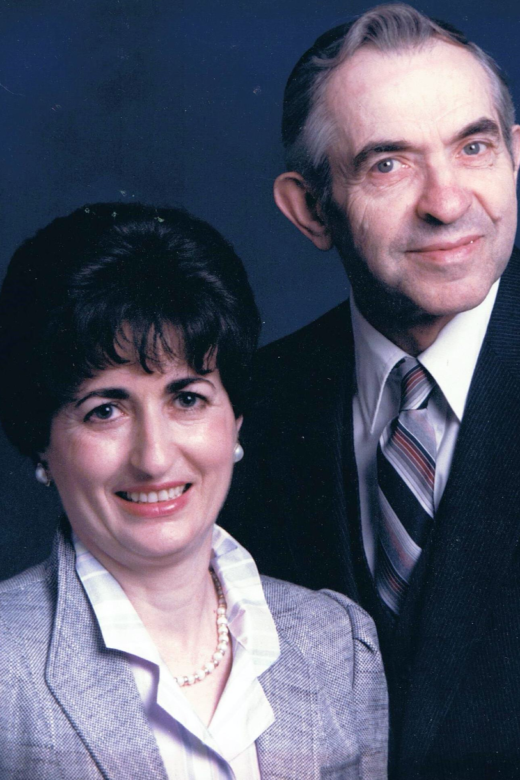