Sally (Sala) Koffman (née Naiman) was born in Ozorków, Poland, in 1925. In 1941, under the German occupation, Sally, her parents and her younger brother were forced to live in the Ozorków ghetto and in the spring of 1942, they were sent to the ghetto in Lodz.

From there, the Naiman family was deported to Auschwitz-Birkenau. Sally and her mother were soon put on a transport to Neukölln, Germany, where they toiled in the Krupp ammunitions factory; they later were sent to the Ravensbrück concentration camp, where they were eventually part of a prisoner exchange and transported to Sweden. Sally’s mother was sick and passed away on her first day in freedom. In 1948, Sally met and married Sam Koffman in Malmö, Sweden, and they immigrated to Canada in 1949.

People yelled for me to come inside. I didn’t want to listen. I went to look for my mother, but I didn’t find her.

In April 1945, a Swedish diplomat, Folke Bernadotte, who was head of the Swedish Red Cross, arranged an exchange of five hundred German girls for five hundred Jewish girls from Ravensbrück. My mother and I were lucky to be part of that group. Before we left, the Red Cross gave us parcels, and I did something stupid. I was in a line outside the camp with the people who were supposed to be leaving Ravensbrück, and my mother was lying in bed in the camp, sick. Sala Slamovitch got one of the parcels with chocolate in it, and she said, “You can give your mother the chocolate and she won’t have diarrhea.” I wasn’t sure what to do, so she said, “Sala, I don’t know if you want to go, but if you want to help your mother, you have to take a chance.” So I took the chance and crawled on my stomach back into the camp, right past the desks where the Germans were typing on typewriters to where my mother was sleeping. I gave the chocolate to the girl beside her and asked her to give it to my mother when she woke up. I’m sure she kept it for herself and never gave it to my mother. I have never forgiven myself for doing this.

I went back and stood in the line to leave Ravensbrück, although we didn’t know exactly where we were going or what we were doing. While we were being loaded into buses, maybe fifty of us, we could see American planes above us, with bombs. The buses were already moving when we heard the air-raid alarms and the drivers all stopped and took off their hats to wave them in the air as a signal to the American bombers not to bomb us. But there were German guards behind the buses, and they started shooting at us.

Everyone ran from the buses toward the forest to hide. Some people lost a hand, an arm or a foot in the shooting. I jumped out and landed in a puddle, but at least I was safe. When the alarms stopped, we got back into the buses and continued our journey.

We stayed in Denmark for a few days, then, just like Folke Bernadotte had arranged, we went to Sweden by boat. It was spring and we were sent to an empty school. I remember my sleeping place was on a mattress on the floor where the teacher’s desk would have been during the school year. When people found out I was from an Orthodox family, they told the rabbi and he gave me kosher food. He would send me enough for a meal, in three pots stacked on top of each other. Again, I was lucky; food and supplies were so scarce that some girls were fighting and stealing from each other.

Soon, wealthy people came and gave us nice clothes. I got a beautiful dress; it was avocado-green and fit me so well. The Swedish people gave us a few pennies at a time to buy treats like chocolate, but I saved mine to buy a bicycle. Some people were sent to Stockholm, but I went to Lund. That’s where I met Yetka Engel, who became my best friend. I also met a woman who worked in the kitchen there. Her husband was from Ozorków, and when she heard that I was too, and that I knew his family, she took me in to be a waitress. But I didn’t have the strength to carry the trays. Yetka was three years older than me, and she asked me to tell them she was my cousin so she could take my place, which she did. I went to work in a factory where they made pots and pans, but I got hurt there when a piece of enamel became embedded in my finger and I had to go to a doctor to have it treated.

The Swedish people gave us herring to eat every day, to the point that it was too much. We said something about it and they gave us soup instead. If they hadn’t given us real food, we wouldn’t be alive today, but they gave us so little. They were afraid we had a disease; people had all kinds of diseases then.

We didn’t understand Swedish, so we listened to a Polish radio station, and one day I heard that a mother was looking for her daughter, a Jewish Polish girl. All the Jewish people ran out looking for more information. There was a Polish newspaper that had published a list of the people who had died, and a Polish girl said to me, “Didn’t you see the newspaper?” I said, “What paper?” I hadn’t even known about it because a girl had taken it away. The Polish girl told me the girl, named Mary, had the paper and was on the third floor. I ran up, saying, “I heard you have the paper with the names of the people who died.” I said I was looking for my cousin. I didn’t say anything about my mother. Yetka read the list and told me that Estella Neuman’s name was there. That’s how I found out my mother had been on the same boat I was on from Denmark, and that she died the first day she was in Sweden. 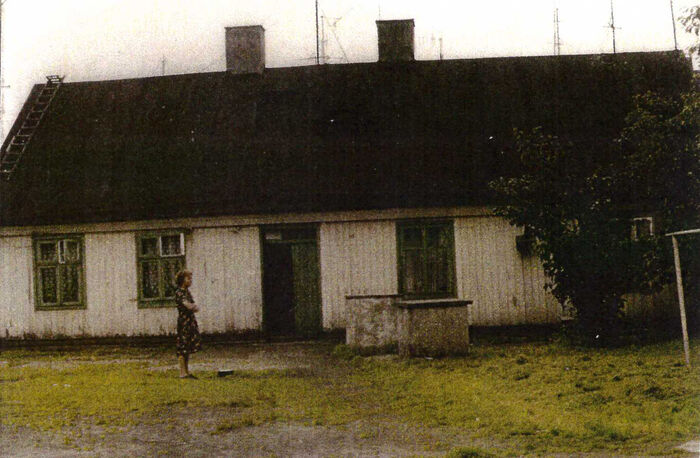 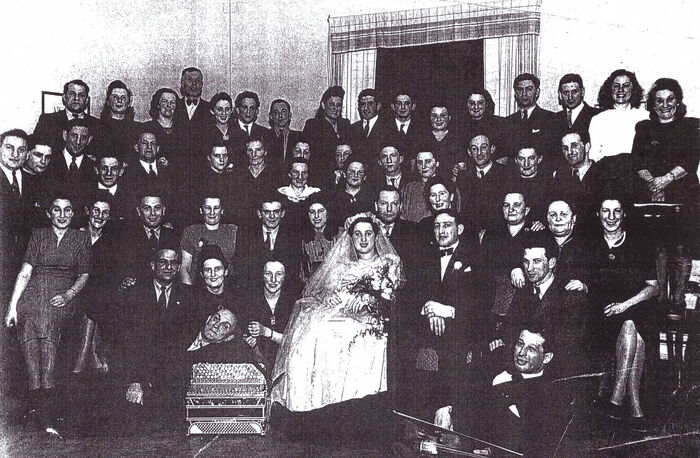