Bess Fishman (née Pesa Glatt) was born in Ćmielów, Poland, in 1928. In 1930, her family moved to Warsaw, where she grew up with her parents and five siblings.

After the Nazi occupation, as anti-Jewish persecution escalated, Bess’s parents sent her to live with family in Staszów. She later left for Sandomierz, where she eventually reunited with her mother and two siblings. In July 1942, Bess was forcibly taken to the Skarżysko-Kamienna forced labour camp, where she lived in atrocious conditions while working at an ammunition factory. In the summer of 1944, she was transported to the HASAG-Peltzery forced labour camp in Częstochowa. Bess was liberated on January 27, 1945. She survived with one of her sisters. After the war, she met her husband, Chaim, and they lived in the Föhrenwald displaced persons (DP) camp in Wolfratshausen, Germany, and married in 1947. Bess and Chaim immigrated to Canada in 1948, where Bess reunited with one of her brothers, raised a family and rebuilt her life. Bess Fishman passed away in 2021.

Separated from my Family

The rest of my family — my father, my sister Sarah, her husband and my sister Szaindel — were living in the Warsaw ghetto. I was very worried about them, especially after I heard what the Nazis were doing to the Jews in Warsaw. I was heartbroken. I always wondered what would happen if they segregated the men from the women — who would take care of my little brother? Thank God my little brother came with my mother to Sandomierz. My mother managed to escape with him in 1941 by pretending to be a Polish woman. She spoke perfect Polish, which really helped her, and she didn’t look “too Jewish.” She came disguised as a farmer; I will never forget how she carried a chicken in one hand and my little brother in the other. She was dressed as a Polish woman and she wore a big long skirt and she had taken off her sheitel, her wig.

Nonetheless, my heart always ached for my family who I had left behind. I felt terrible. My father and my other two sisters just wanted everyone to be safe. I got old before my time because I thought about them every minute…. Most of the time, I wondered if they were still together. Back then, I had yet to realize that they most likely would be taken to the Treblinka death camp.

My mother was only in Sandomierz a little while before I was sent to a camp. I was taken away on a Friday night. I remember it like it was yesterday. I must have been about fourteen then. It was the summertime, and a couple of German soldiers came to the house where I was staying and taking care of the baby. They knocked on the door and I answered. The men took one look at me and one said to the other, “Sie ist so jung” (that I’m so young) but the other said, “It’s okay, she’ll get old. We’ll take her.” I was afraid that if they thought I was too young, they would kill me, so I lied and told them I was born in 1926 instead of 1928. They took me in the nightgown I was wearing. I don’t know how I got clothes. I must have grabbed a sweater or something. I was so scared that my heart was pounding! I hadn’t expected them to knock on doors and take people. I just hadn’t expected that. I imagine they must have seen the mezuzah on the door of the house and known Jews were there. The family I was working for was also Jewish, but none of them were taken. I don’t know why they took me and not them. Maybe because I was young? The worst part was that my mother probably didn’t even realize that I had been taken until after I was already gone. My heart broke knowing how upset she would be.

Details about the trip to the camp escape me, but I do remember how the men took me to a big van filled with children and older people. I don’t remember exactly how long we were travelling for, but it seemed like forever. I was not myself; I was so disoriented, and I didn’t know where they were taking me. I didn’t really understand what was happening or where we were going, but people were saying that they were taking us to a work camp.

I didn’t know anyone on the transport. I felt awful. I was all alone, crying. I cried for my mother, for how upset she would be when she found out. I hoped she wouldn’t do anything drastic to herself. With my sister being taken and then me, I didn’t think she would be able to handle it. Finally, when we arrived at the camp, I was given some clothes to wear and was assigned to a barrack with other people from the same area, from Sandomierz. So that is how I wound up in Skarżysko-Kamienna in July 1942, where I would spend the next two years of my life.

I didn’t know anyone on the transport. I felt awful. I was all alone, crying. I cried for my mother, for how upset she would be when she found out.

It was miserable in Skarżysko-Kamienna, and all throughout I would think of the people back home, suffering, and the thoughts would nearly kill me. People would come to the camp and tell us how the Jews out there were suffering and that children were dying of starvation. The pictures they painted were so traumatic. I cried every night for my family and what I thought they were going through. I never heard a word from them, and I didn’t know if they were still alive. I heard that people were being sent to death camps. I especially worried for my father because he was religious and wore a beard. I was afraid for him because the Nazis were so ruthless to the Orthodox Jews. People who arrived in the camp after me brought pictures and I saw what cruelty the Nazis did to the Jews with beards. I cried myself to sleep every night…if I slept at all. There were also rumours going around about how the Poles were acting while us Jews were suffering in the camps. I heard they took all the possessions in our apartments and that they were warning that whoever came back would get “the axe.”

I had one glimmer of hope when I found out that my sister Perel was still alive and in the same camp as me! Somebody had seen her and told me. When I wanted to see her, we would try and meet in the showers. The camp was set up into three different Werkes, which were different sections. There was Werke A, B and C. You were separated into the different sections from the beginning, when you arrived. I remember meeting Jewish couples that thought if they were together, they could save one another’s lives, but they were always assigned to different sections and split up.

My sister was in Werke A and I was in Werke B. Werke C was terrible; the people who were sent to work there turned yellow — their lungs, their heads and their skin turned yellow because they were working with picric acid, the explosive powder in bombs. That stuff burns the lungs and the body from the inside. Often, people who did something wrong were sent there. The people there were practically written off for death.

One of the worst parts about being in the camp was our inability to keep our Jewish traditions. The Nazis tried hard to break us. There were some Jews who fought hard to preserve their faith. Those people talked about how on Yom Kippur they were going to fast and save the bread that they got that day. But the Nazis found out and forced us to march in front of them and take a bite of our bread. I took a bite; I’ll never forget that. 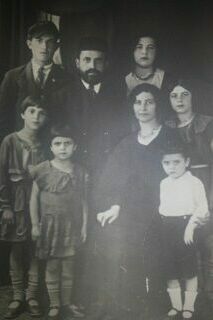 The Glatt family before the war, the only remaining photo of the entire family. 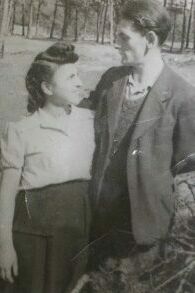 Living with my Past

When I first came to Canada I didn’t talk in detail to my family about what I had been through. I didn’t want to hurt them, so I shared only what wasn’t too cruel. It didn’t matter — nobody believed the stuff we had gone through, the horrible things that had happened. What was the use of talking about it? Part of me wanted to forget the horror. No one could imagine that those things could actually happen. That’s why so many people didn’t talk about it in the beginning, because no one could imagine such cruelty. It was only much later on that people began to open up and share their experiences. My family didn’t really ask; they knew horrible things had happened, but I don’t think they ever really knew the extent of what I had been through. It was so hard for a young child to go through that, but I accepted it. If my family had survived, I wouldn’t have minded all the suffering I had endured. But coming out like a stone, alone, and finding out most of them hadn’t survived was the hardest part.

My past has always been with me, but I haven’t allowed it to hang over my head like a dark cloud. I thought about my family every day, and I still do. Although I have seen how cruel people can be to one another, I have never allowed myself to lose faith in humankind. I learned that from my husband. Despite what he endured, he always saw the good in people, Jewish or not. He was so giving and kind, wise beyond his years from the very beginning. We knew that if we didn’t learn to move on and live with the past and not in it, our survival would have been for nothing.

Sometimes at night I lie awake and think to myself, I can’t even imagine anymore what I went through; I can’t believe I survived. But thank God I did, because now I have a wonderful family who I can pass on my memories to and I know that with them, my history will continue to live on. Throughout sixty-four years of marriage, my husband and I managed to build quite a life here for us and our family. We had two wonderful children, who gave us six amazing grandchildren. Although I will never forget my past and the family I lost, I refuse to let my life be consumed by the memory. I live each day knowing they still live on in my heart and in my mind. 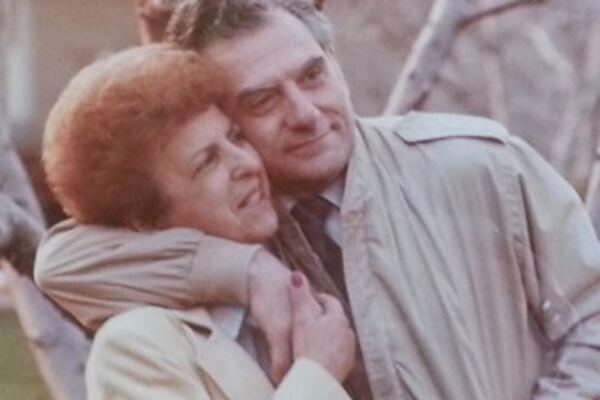 Bess and Chaim Fishman in Toronto. 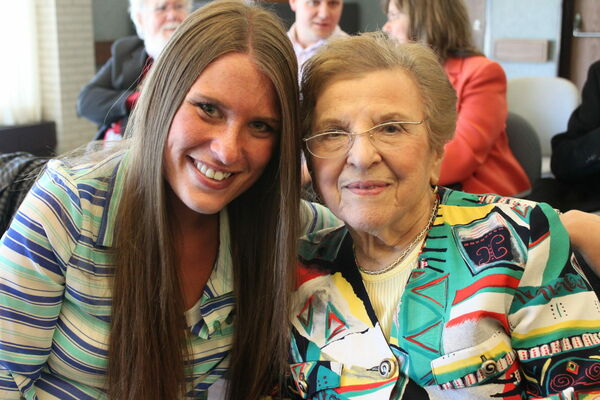