An only child, fifteen-year-old Zuzana Sermer does what she can to protect her father and ailing mother when the Nazis set up a fascist regime in her native Slovakia in 1939. Four years later, fleeing to the supposed safety of Budapest, Zuzana and her fiancé, Arthur, must instead navigate one treacherous situation after another when Germany occupies Hungary in March 1944. Survival Kit is both Sermer’s thoughtful reflections on the miracles of her survival and a testament to the power of courage, love and determination. 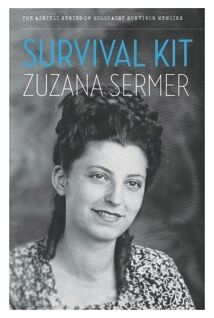 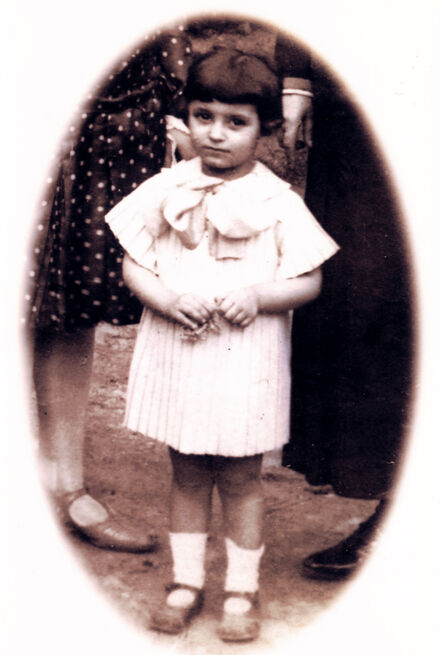 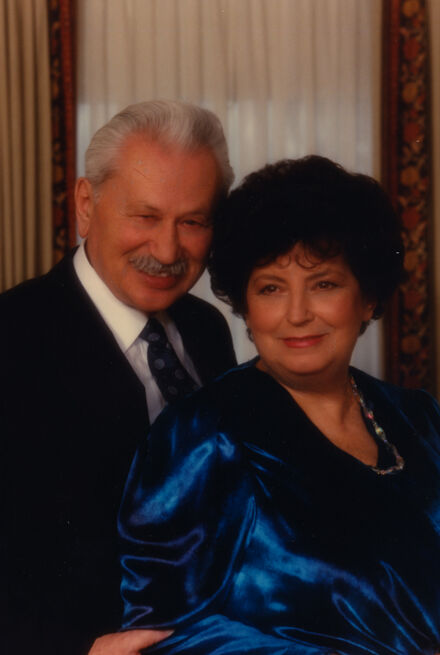 Before these tragic times, Jewish life in Humenné was vibrant and had three places of worship. The Orthodox synagogue where my father had worshipped was the most widely attended, with an impressive new building that had been constructed in the early 1930s. Long before the war, when the Jewish community was thriving, the synagogue had commemorated all of the Czechoslovak national holidays and invited local dignitaries, including the mayor and even the colonel of the local military squadron, on significant national occasions.

When Jozef advised me of what had happened, I dressed quickly, asked him to stay with my anxious mother and ran looking for the Jewish Council representatives, hoping for assistance. I located one man whom I knew fairly well, but he was very discouraging. He told me that a transport was due again and the police needed to fill a quota of one hundred people by that evening. He concluded that it was pointless to go after my father. I left for the police headquarters alone.

I arrived at the headquarters at seven a.m. The building was still, as if in a deep sleep. The main office would not be open for another hour. I searched through the few hallways and finally found the officer on call, a man who was not familiar to me. His face was expressionless and he appeared to be totally disinterested in me or my dilemma. I urged him to release my father so that he might go home to his sick wife. I could not have pleaded more passionately if I had been down on my knees. I heard myself claiming that he had been taken mistakenly, that he was a Christian and his presence at the synagogue was a mistake. I promised it would never happen again. The policeman looked closely at the clock hanging on the wall. By this time it was seven fifteen. Without saying a word he left the office and with his finger indicated that I should follow him. I waited outside the office on the stairs.

When I finally saw my father almost half an hour later, he looked shattered, still clutching his navy-blue velvet bag that held his prayer book, tallis – prayer shawl – and tefillin – phylacteries. In my father’s pocket was the certificate of conversion. The officer made no comment about the bag, or its contents, and paid no attention to my expressions of gratitude either. Maybe his thoughts were elsewhere, or maybe he was nervous. Lucky for us, he didn’t seem particularly dedicated to the requirements of his job. I only wish that more officials in his position had behaved similarly. Eventually, he said, “Go. And go fast!”

On the way home my father and I held hands tightly as we silently approached our apartment. We arrived to find Jozef still there, waiting, with my mother. They stared at us, unable to believe their eyes.

When I re-examine this event, and the many others associated with my eventual survival, I wonder what force pushed me. What prompted me to go to the police headquarters? Did I lack the instinct for self-preservation? Maybe I wasn’t smart enough to see the danger I was in. Maybe, like most young people, I overestimated my invincibility. I could barely endure the places in which I was forced to hide, yet when my father was taken, I threw myself into the lion’s den! 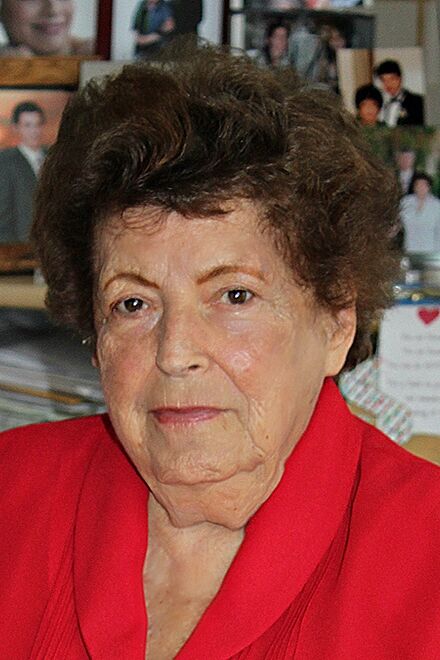 Zuzana Sermer was born in Humenné, Slovakia, in 1924. After the war, she married Arthur Sermer, and they raised a family in Bratislava, Czechoslovakia (now Slovakia). In 1968, during the Soviet occupation of the country, Zuzana and her family fled to Canada and settled in Toronto, where Zuzana became a bookkeeper and enjoyed painting landscapes and writing about living under communism. Zuzana lives in Toronto.

For the second time, I found myself about to be interrogated.... I wouldn’t confess to being Jewish this time, knowing it would mean certain death. How could I die now, after all we had managed to get through? I would not allow myself to die by their bloody hands. These thoughts pumped courage into my veins.